Two of my greatest deer memories are of bucks that got away. 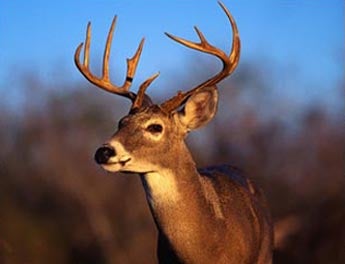 It’s impossible to hunt most of your life and not come away with a pile of memories. As I look back on my experiences, I often shake my head and wonder what might have happened if luck had been in my corner instead of on the opposite side of the ring.

One such hunt occurred last fall in Maine. I was on the lookout for a huge 12-point buck that had been spotted previously crossing a highway at night. Mike French, my hunting partner, had set up a ground blind in an area where his wife, Kim, had located several scrapes and rubs. Frankly, I wasn’t terribly confident of seeing that buck, or any other, because the hunting had been mediocre prior to my arrival. Mike, who is an expert woodsman, still had not taken a deer after many days of hard hunting.

I was thinking negative thoughts in my blind, reflecting on several other New England hunts where I’d come up empty-handed. Timing had been a big problem, since I often showed up long after the seasons had opened. Since I was hunting land that had public access only, the areas had generally been hammered long before I arrived.

My Biggest Buck Ever
Imagine my surprise when I heard a commotion outside the blind and saw movement in heavy brush about 30 yards away. At first I thought it must be a moose, but suddenly I saw a clearer view of the animal, along with a huge set of antlers. It was a giant whitetail, and I watched his head swivel about as he nervously looked around.

The buck stood there for half a minute. He offered no shot in the brush, but the break allowed me plenty of time to drink in the sight of his 12-point rack. Finally he began to sneak away. When he entered thin brush, I took a shot with my Encore muzzleloader. The sight picture looked good, but I was concerned because of the intervening vegetation. As I walked over to where the buck had stood, I knew that if I hadn’t shot, it would have been one of the biggest regrets of my life.

A thin blood trail confirmed I had hit the buck, all right, but the trail quit near a river that Mike and I figured the deer had crossed. Afterward we returned to the blind and found a branch that had been struck by my sabot bullet. There was no question that the branch had caused the bullet to deflect.

I learned one month later that the buck had been spotted after the season closed and showed no sign of an injury. I think about him often, and right now I’m considering a rerun of that Maine hunt next year.

Trailing Old Joe
Another whitetail hunt I can’t forget took place when I was a teenager attending forestry college in New York’s Adirondack Mountains. Local residents had seen a huge buck in a swamp and dubbed him Old Joe. Many veteran hunters had tried for Old Joe, but no one was ever able to outwit the wary buck.

I went looking for him one day, virtually crawling through heavy spruce and fir underbrush laced with fallen logs. It was slow going, and deep snow made travel almost impossible, but I pushed along, hoping to get a crack at the monster.

Two logs blocked my progress, but I squeezed between them. I had just emerged from the other side when a giant buck exploded from the dense saplings. By the time I jerked my Model 94 .30/30 to my shoulder, the buck was gone. I couldn’t believe I’d seen Old Joe, who was a legend in that area for many years. I was so touched by this buck that I wrote an article about him for the college newspaper. That story was the

beginning of a lifelong career. I began to write regularly for the paper, which led to my career as an outdoor writer and ultimately to my position as Hunting Editor for outdoor life. I have Old Joe to thank for that.