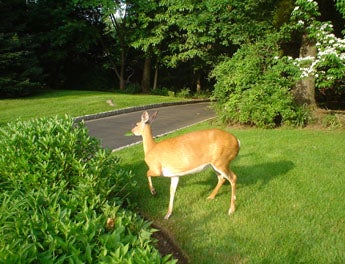 My buddy Steve worked a lot and didn’t get to hunt much last fall. He tagged one six-pointer, but that wasn’t enough. He and his kids are big venison eaters. Steve finally got a few days off, and he’s making up for lost time. As you read this, he’s in a stand on the outskirts of Richmond, Va., taking advantage of the state’s urban archery season, which runs through March 25. I have no doubt my friend will top off his freezer.

He’s a deadly bowshot, and the 20 acres he hunts is crawling with deer.

Special whitetail seasons are nothing new. They’ve been around for a decade or more in metropolitan areas from Des Moines to Cincinnati to New York City to Washington, D.C. But for some reason, hunters have never fully taken to these opportunities. That is something that really needs to change. In an effort to control growing deer herds, which cause billions of dollars of property damage each year, more local governments are working with wildlife officials to extend whitetail seasons in heavily populated regions. The situation is critical in some areas. Biologists are pleading with us to shoot more deer, primarily in order to cut down on deer-auto accidents.

Most of these hunts are archery for antlerless deer, but the outermost suburbs of some regions see some buck hunting with both bow and gun. Make that monster buck hunting. Metro areas have produced some giants in the last couple of years, including a 180-inch 10-pointer taken outside Louisville, Ky., and a 185-incher killed inside I-270 near Columbus, Ohio.

**Where to Hunt **
Most of the hunting occurs on small private tracts in and around the incorporated limits of cities as large as Atlanta, some in townships of only 5,000 people-anywhere too many deer are crammed into the small, broken habitats common to developing areas. Some public hunting exists on state, county or city forests and parks. Expect these seasons to expand as herds continue to grow.

To find a spot, visit your state’s fish and game Web site and search for “urban deer hunts.” You might also contact a wildlife biologist who is involved in a Deer Management Assistance Program (DMAP) in your area. This pro will be aware of any deer overpopulation problems in cities or towns near your home. He might even turn you on to a couple of great spots to hunt.

**Know the Rules **
Urban hunting dates and regulations vary widely. Some municipalities won’t let you hunt on fewer than 5 or 10 acres. Many places require you to hunt from a tree stand at least 10 feet high. You might have to register with the police department. But there is one constant: You’ll need permission from the owners of adjoining properties before trailing an animal on their land. Try to get permission before you begin your hunt.

Do your homework and study your local laws. Then go out and bring home the venison.

Get to the Point
It’s vital to keep deer from running off when you’re hunting small tracts. These broadheads will anchor deer quickly.

Snyper: A twin-blade mechanical, the Snyper uses a cam that positions both cutting edges outward for instant penetration. (rockymtbroadheads.com)