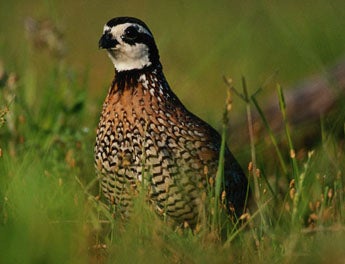 When news broke this past August that the 110,000-member-strong Pheasants Forever wanted to help the beleaguered quail, not everyone was thrilled. In addition to increasing advocacy and education for quail research and land improvements benefiting quail, Quail Forever (QF) was launched with the goal of establishing 12 new chapters by Christmas and 50 chapters with 12,000 new dues-paying members by next year.

“Let’s just say I was disappointed,” says Rocky Evans, president of Quail Unlimited (QU), the 44,000-member nonprofit that has dominated the quail conservation turf since 1981. According to Evans, if there was a great deal of untapped support for quail organizations, QU would already be much larger than it is.

“One survey showed there are about a million and a half potential quail hunters in the United States,” says Howard Vincent, Pheasants Forever president and spokesman for QF. “So we believe there’s definitely room to grow. The difference between our organization model and QU is that all the money raised by our local chapters remains local, while QU leaves only half of it there.”

Vincent says he tried for more than a year and a half to work out a merger with QU, until the latter walked away from the talks.

“They offered to take us over, and we didn’t feel that was in the best interest of QU,” says Evans. He claims QU members have been targeted directly by Pheasants Forever volunteers. Vincent denies such claims.

It’s been called the greatest challenge Quail Unlimited has faced, but Evans doesn’t think so. “This doesn’t change a thing,” he says. “Our plan right now is to stay the course.”