Float a river in virtual silence to put the sneak on wary Midwestern whitetails. 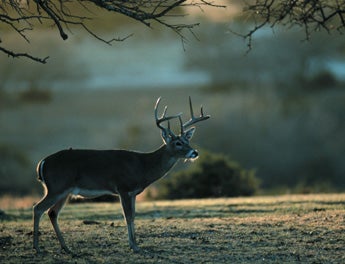 Dynamic and deadly-that’s float hunting. A tactic most often associated with moose, caribou and black bear, the idea of hunting from a canoe is foreign to most Midwesterners. But in states where it’s legal to shoot from a boat not powered by a motor, rivers offer a stealthy avenue into prime whitetail country where the scenery changes around every bend and point-blank shot opportunities abound.

Along the easygoing, meandering path of a typical Midwestern river, you’ll find a mix of farms, fields, swamps and vast tracts of state and federal forestlands. Brush-choked riverbanks provide both sanctuary and, come deer season, consistent avenues of escape. Vegetation and mast-producing trees tend to be fuller and more reliable along river bottoms in dry years. As a species, the whitetail evolved along watercourses. In most of America, however-aside from the gator country of the Deep South-deer have never quite learned to fear waterborne predators, and unless they catch wind of him, a deer generally won’t consider a man in a canoe a threat.

Presuming the wind is right, you can expect close-quarters shooting-15 to 20 yards-at deer that will often be bedded down when you spot the twitch of an ear, a glint of antler or a gleaming, obsidian eye. A whitetail surprised by an oncoming canoe might bolt for heavy cover only to stop and look back. More often, it will just dumbly stare as you drift by. Look for deer at river bends and on points of land jutting into the current. When there’s snow on the ground, whitetails stand out like billboards. Plus, there’s less foliage to interfere with your shot. Pay attention to areas under cedar trees, where the snow is not as deep.