Hunt Among the Rich and Famous 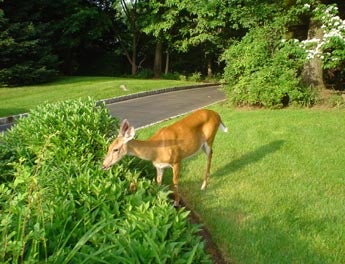 The average price of a home on Nantucket is an astonishing $1.6 million. For that kind of money, you’d expect something special-gorgeous views and celebrity neighbors. What many of the island’s wealthy inhabitants didn’t bargain for is the highest rate of Lyme disease in the world, which biologists blame on a deer density as high as 60 per square mile.

To help cull the herd, and thereby reduce the number of deer ticks, the Massachusetts Division of Fisheries and Wildlife held a special one-week hunt in February, and “off-islanders” from as far away as California jumped at the unique opportunity. Nearly 700 hunters killed more than 250 whitetails. However, the thick scrub oak and brush did make the task more difficult than some had imagined.

So how did the champagne-and-caviar crowd feel about their island being swarmed by men in camo? According to local restaurateur William Puder, hunters and locals got along just fine. “My regular customers were telling the hunters where to find deer,” he said. But some islanders still felt they’d been invaded by bloodthirsty outsiders toting guns and bows. At a public forum soon after the hunt, one resident referred to the special season as “extraordinarily terrifying.” Most of the hunters would describe those real estate prices the same way.