A Hunter at the Helm

New head of U.S. Fish and Wildlife Service is one of us 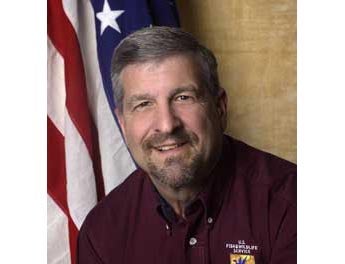 A 27-year veteran of the U.S. Fish and Wildlife Service (USFWS), H. Dale Hall became the agency’s new top dog in October. Since 2001, Hall had served as the agency’s Southwest Regional Director. _OL _caught up with Director Hall shortly after his senate confirmation and asked him these questions.

OL: Oryx? Have you eaten any of it?

Hall: You bet. It has absolutely delicious meat, some of the best meat you’ll ever have! It’s probably the closest to beef of any big-game animal.

OL: If you had your druthers, hunting-wise…?

Hall: When I have the time, I hunt just about anything I can…But my favorite hunting, if I had to pick only one and do it the rest of my life? That would be duck hunting.

OL: What do you see as the relationship between sportsmen and the National Wildlife Refuge system (managed by USFWS)?

**Hall: **I think that the refuge system is going to be the haven for the common hunter in the future. When some places are getting $10,000 a year, per gun, for quality duck or deer hunting, I think the refuges will become the main recreational resource for more and more American hunters. Of course, for us, hunting is a management tool. It helps us keep wildlife populations in balance, as well as providing a recreational opportunity to a significant group of conservationists: hunters.

OL: Are you looking at ways to bring more hunters and anglers onto the refuges? Hall: Yes, we are. But we have to balance certain safety concerns, too. National Wildlife Refuges are there for people to hunt and fish, but also for people to take photographs, hike, whatever. But I think there are ways to increase hunting and provide non-hunters more access, too.

**OL: **Hurricane Katrina destroyed thousands of acres of coastal wetlands. What will be the role of the USFWS in restoring them?

Hall: I believe Katrina has given us the opportunity to…[BRACKET “understand”] that wetlands are there to protect people, to serve as buffers for storms, to filter and clean water, and a host of other things. Yes, we need to repair levees and fix floodgates. But we also need to incorporate wetlands into the larger [BRACKET “restoration”] plans to protect our coasts, our cities, and our people.

OL: Chronic wasting disease (CWD) keeps popping up across the country. Will the USFWS take a greater role in CWD management, nationally?

**Hall: **First of all, the service is involved in supporting the states and their CWD management. But we do defer to the states, because the circumstances are different in individual states, they each have different management strategies… In the long term, I see [BRACKET “CWD management”] as a partnership rather than the federal government stepping in and telling the states what to do.

**OL: **Are there certain issues you think the USFWS should be looking at as we go into the 21st century?

Hall: There are two issues I’ve been looking at. The first is water. Water is becoming a more and more contentious resource issue….Water’s a primary resource, and it has to be there for the rest of it all to work. [BRACKET “The USFWS has”] to be at the table when natural resource decisions concerning water are being made.

Hall: I am very concerned about the future of hunting. Fishing is, our five-year surveys show, doing pretty well, with a small [BRACKET “participation”] increase in the last survey. But we’re seeing a decline in the number of licensed hunters. That represents a loss of revenues to the state game agencies. But it also means that fewer people, percentage-wise, are going out to enjoy this important recreational opportunity.

Related to this, I’m worried about the loss of habitat pushing more and more hunters onto smaller tracts of land. So that’s another reason I see the refuge system and the habitats here being of such importance to hunters. It would be a travesty if certain sports, like duck hunting or elk hunting, became a rich man’s sport, and were no longer available to the average person in this country who supports hunting and conservation.