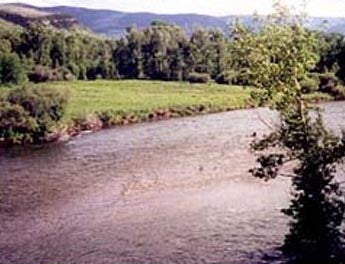 With the entire infrastructure of coastal Louisiana and Mississippi virtually shut down or destroyed following Hurricane Katrina, it came down to people with the self-reliant skills of sportsmen to save the day. Few people better possess those skills than wildlife enforcement officers who are routinely called upon to help search for and rescue people lost in the wilderness or stranded on boats.

“Before the storm even hit, I had 61 officers staged in the center of the state and ready to go,” says Lt. Col. Keith LaCaze with the Louisiana Department of Wildlife and Fisheries (LDWF). And others were at the ready in different locations. That first morning after the storm, nearly all of the department’s approximately 250 officers would find themselves working nonstop to rescue people from flooded and destroyed homes.

“Every single one of our officers responded and we still needed more help,” LaCaze says. And help did indeed arrive from fellow wildlife officers.

“We wouldn’t have been able to accomplish what we did without the other guys,” says LaCaze. “Game wardens are game wardens. It doesn’t matter where they come from. They are all the same type of people. They all have a lot of heart and they all work hard.” By the time the rescue effort had concluded, LDWF Enforcement Division agents rescued more than 20,000 people. To be sure, other agencies and citizen volunteers pitched in to help. After an initial request for help from boatowners, LDWF finally had to turn some of them away there were so many that wanted to help.

[pagebreak] In other storm-related news:

Hunting seasons in some coastal Louisiana parishes were postponed or completely shut down due to the number of trees down across roads and in the forest and the dangers leaning trees that still may fall posed. As for the fish dieoffs, it’s still too early to get a firm estimate, but millions are expected to die as they did following Hurricane Andrew in 1992 when between 175 million and 187 million fish were killed.