To avoid fines, hunters must know the game laws cold. 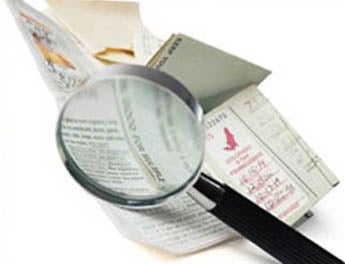 The store clerk was adamant that he had sold me the right hunting license. I was in South Carolina to hunt turkeys and had purchased a nonresident hunting license in the sporting-goods department of a large store. According to the clerk, I needed no other tags, but I wasn’t so sure. Before leaving, I asked for a copy of the hunting regulations. I checked and saw that in addition to the license I purchased, I also needed an $89 nonresident big-game hunting permit to hunt turkeys. Had I not been inquisitive, I would have been in violation of the law.

In North Carolina, I intended to hunt deer and black bears and went to a very well-respected sporting-goods store to buy my tags. The clerk said I needed only a nonresident big-game license. I reminded him that black bears were my priority. “Not to worry,” he said, claiming that no other permits were necessary. That evening, I checked the regs and saw that I needed a $125 black bear tag in addition to the big-game license. The sporting-goods store was closed, but luckily I was able to buy the tag in another store.

In Georgia, I bought the necessary nonresident license in preparation for a deer hunt. I thought I was good to go, but when I got to the parking lot and checked the regs I realized I had neglected to buy a special $70 WMA stamp for the wildlife management area I intended to hunt.

In all three cases, I relied on clerks for accurate information and learned that either they didn’t know the license requirements or I had failed to ask the appropriate questions, which was the case with the WMA stamp.

It’s getting to the point where you practically have to be a Philadelphia lawyer to interpret game laws and license requirements these days. Some states are far more confusing than others, but that’s no excuse in the eyes of the law. Ignorance will earn you a ticket every time.

Never Trust a Clerk
I know a hunter who purchased a resident elk tag after talking to a clerk at a large department store. The helpful clerk even produced an area map and showed the hunter a good place to find elk. The hunter went to the spot and easily shot a huge bull close to the road. After loading the elk in his truck, the hunter was confronted by a game warden, who asked to see his license. It went downhill from there. Unbeknownst to the hunter, he had taken the elk in a limited-entry unit rather than in an area that required only a general license, as he was led to believe by the clerk. The unit was one of the toughest to draw in the state, which explained the easy availability of the big bull. The court did not look kindly on the hunter. He lost the case, as well as the bull. The judge ruled that even though the store clerk had given inaccurate information, it was incumbent on the hunter to know where he could or could not hunt. Ignorance was not a valid excuse.

Do yourself a favor if you’re hunting a place you’re unfamiliar with and check the laws thoroughly. Call the state wildlife agency if you’re in doubt. We like to think that store clerks, whether they’re in a department store or a well-appointed sporting-goods store, are thoroughly knowledgeable about licenses. Forget it. License requirements change frequently, and wildlife agencies are incorporating new ways to generate revenue such as requiring “stamps” for specific animals. For example, you might need to purchase a special state waterfowl stamp in addition to the federal stamp, a pheasant stamp, a grouse stamp and so on. There is also a required HIP (harvest information program) questionnaire to fill out if you intend to hunt migratory birds.

Read the Fine Print
Be aware that in many states a hunting license is a prerequisite for a tag, as I learned on my North Carolina bear hunt. Western states, by the way, are notorious for requiring a general license in addition to specific tags. And always make sure you sign the licensses and permits in all the applicable areas before you go afield.

In some states, you must bring your animal to a check station within a certain number of hours or days of when it was taken. Two years ago, outdoor life Editor-in-Chief Todd Smith and some friends had a frustrating experience on a whitetail hunt during the Illinois shotgun season. Smith took and tagged his buck early in the morning. He headed for the game-check station with two friends who had taken their deer the night before. His two friends were local landowners and had bowhunted the area for years. During the Illinois bow season, hunters who shoot their deer have 48 hours to report it to the game-check station. During the shotgun season, however, deer must be reported to the check station by 8 p.m. the same day.

Smith was okay, but his friends were both found in violation. They stated their case to the local game warden and explained that they thought hunters during the shotgun season had 24 hours to check their game from the time it was harvested.

“Sorry, boys,” the warden said as he showed them the fine print in the regs, “but I have to fine you.” It was a hard way to learn a lesson, but it certainly shows that the same laws don’t always apply, so read the fine print.

Other Constraints
Besides reading up on license requirements, be sure you know all the details about transporting firearms and game, as well as the laws governing shooting. In South Dakota, for example, it is legal to jump out of your vehicle and shoot a pheasant within the road right-of-way. Try that in most other states and you’ll be arrested. In some states, you can carry your firearm in a vehicle with a fully loaded magazine, so long as the chamber is empty. This would be a major violation elsewhere. Some states require that your gun always be in a case while it’s being transported, and in other states you cannot lean your gun against a vehicle. Be aware of sunrise and sunset tables so you know precisely when legal shooting hours begin and end. Depending on the time zone and your location, this can vary widely.

Obviously, there are many pitfalls out there. Read the regulations from cover to cover. Ask someone in authority if you are confused. It’s easy to innocently break the law. It’s up to you to prevent that from happening.