Make the Most of Opening Day

Start your season with confidence by scouting well before the opener. 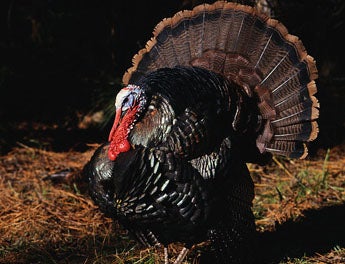 There was a time, early in my turkey-hunting career, that I figured all I had to do was show up on opening day, listen for a gobble and head in the bird’s direction. It was a great plan as long as the turkeys cooperated or, as I learned after joining a club in South Carolina, another hunter didn’t beat me to the tom. In fact, it was while hunting my first season in the Palmetto State that I realized how important preseason scouting can be. It was a discovery that resulted more from happenstance than design.

A day before the season began, I found myself with unexpected free time and stopped by my lease, where I walked the sandy roads that crisscrossed the 2,400-acre property. While hunting deer there months earlier I had seen winter flocks congregating, so I knew where to concentrate my first searches.

As I walked one lane, a gobble erupted from just up the path. I spied motion ahead and quickly ducked into the trees. A longbeard followed two hens right past my hiding spot, strutting and gobbling the whole way. In the distance, I heard another gobbler sound off in response. It was almost dusk, so I sat tight and listened as the closer gobbler flew up into the trees and perched not 100 yards away.

I’d love to say that I went in there and killed that turkey on opening day, but my scouting, unfortunately, hadn’t been thorough enough. While I worked the bird, he remained hidden behind a screen of briars before finally wandering off. I did, however, return the next morning and set up where I had heard the distant gobbles two days prior. There I called in two longbeards, shooting the larger of the two. Since then, I have put increasingly more effort into preseason scouting. More often than not, the effort has paid off.

Getting Started
You can take your first step in scouting before you ever leave home. Review topo maps and recent aerial photos (if available) of the land to get a sense of how different terrain features lie in respect to each other. Noting where creeks, wooded ridges, openings and roads lie will help you pinpoint areas where turkeys are apt to be found as well as the best way to navigate the place. Even if you’ve hunted a property for years, it can be useful to review such maps in order to appreciate how far certain landmarks are from each other. Maps and aerial photos are the only real way to form a solid bird’s-eye view of the property, which is crucial when determining by sound where a bird is and how to approach it.

Take A Hike
Now it’s time to get out there and walk your property. Don’t wait until a week or two before the season starts, then plan on hitting the place every day to figure things out. The sudden flurry of human traffic is sure to be noted by the local flock, which is apt to change its daily patterns as a result.

Instead, try to begin walking the property well before the season starts, hitting it numerous times right up to before the opener. Familiarize yourself with the boundaries while looking for turkey sign along dirt paths, field edges and in food plots. Check for tracks, droppings and feathers.

[pagebreak] Search oak flats and other mast- producing areas for sign where turkeys have scratched in the leaves for acorns and other nuts and berries. In piney woods, turkeys will scrape away pine needles in search of insects.

If walking a familiar property, note any changes in the terrain, such as cut woods or a field that has been allowed to grow up. Even storm damage such as downed trees could alter a gobbler’s travel toward your calls.

Low-Impact Scouting
As opening day draws near, don’t stop scouting but minimize the impact of your presence by doing it more with your eyes and ears.

Get to your property early, park at a gate, grab some binoculars and maybe your Walker’s Quad Muffs and make your way to a good listening point, ideally a high ridge or field edge. Stand still and do nothing but listen as the sun rises. Listen for gobbles and note when you hear them and where they are coming from. Also listen for hens and note how vocal they are. Do they simply offer some soft tree yelps and then go silent upon flydown, or do they remain vocal once they’re on the ground? You can use this information when working a longbeard during the season if the goal is to sound like one of the local flock with your calls.

Scout on foot, because you will see and hear more. The key is not to alert turkeys to any changes in the activity taking place in their habitat. After the initial period of early morning gobbling is over, hang in the shadows at a field’s edge and glass the open area for strutting and feeding turkeys. Note how many gobblers are with hens and how many are walking solo. The lonely gobblers are probably subordinate toms; they will most likely gobble less but come to your calls more quickly. Rainy days are great for glassing birds in fields, as the dripping limbs and additional noise in the woods drive birds into the open.

No Calls
It’s in our nature as turkey hunters to call to every turkey we see, but until the season opens, resist the temptation. Leave your calls at home until you actually want to bring a bird to the gun. More hunts are ruined before the season even starts by overeager hunters calling to toms that might otherwise be easy to call. The last thing you want to have happen is for a turkey to come rushing into your calls only to spot you and get spooked or, just as bad, come running to calls and never find the hen it thinks it heard.

There is plenty of anecdotal evidence to suggest that turkeys can identify individual yelps and other calls and will not come to those calls once it identifies them with danger. While I can’t honestly give turkeys that much credit for deductive reasoning, I do know that they become call-shy as a season wears on. Why start that process any earlier than necessary?

If you want to practice calls, do it at home. In the meantime, spend your outdoor time before the season by becoming more knowledgeable about the property you hunt and the habits of the turkeys on it. You just might find yourself ready to start the season off in the best way possible-by placing a tag on a longbeard.