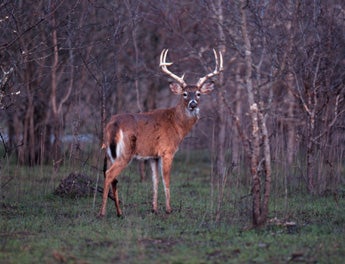 In recent years, Maryland has been trying to reduce its herd substantially, and the results might be paying off. Last year, hunters took 87,223 deer- including 1,871 sika deer-down from 94,114 in 2002.

“Right now the trend is showing a decline in the buck harvest, which translates into a reduced deer population overall,” says Bob Beyer, associate director of the DNR Wildlife and Heritage Service. For 2004, hunters will find several changes, including streamlined management zones (Region A is Allegany and Garrett counties; Region B is the rest of the state), three additional antlerless muzzleloader days in October and a reduction in the Region A buck limit to one per season.

Counties with the highest deer concentrations remain those near Baltimore and Washington D.C., where densities range from 70 to 100 whitetails per square mile in some locales. These same counties-Baltimore, Howard, Montgomery and Anne Arundel-are also good bets for record animals, as is the Eastern Shore.