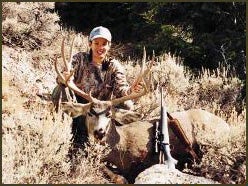 At 1.8 million animals, Michigan’s deer herd is one of the largest in the nation. According to Rodney Clute, DNR big game specialist, “Last year was the first time on record that more deer were killed in southern Michigan than were killed in northern Michigan and the Upper Peninsula combined.” The U.P. tends to produce more trophy bucks than the other two areas, especially far-western and less-pressured counties such as Baraga, Iron and Ontonagon. Just over half of all U.P. bucks taken are 18 months old or younger. In the south, the number is 65 percent. The Southern counties of Calhoun, Branch and Jackson produce big bucks, too. Contact: Department of Natural Resources (517-373-6705; www.michigan.gov/dnr).