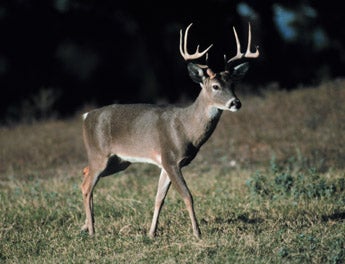 Biologists in Nevada expect a fair hunt this fall. According to Chris Healy of the Nevada Department of Wildlife, snowpack was good early on in the winter, but precipitation didn’t continue into the spring as wildlife officials had hoped. Western and northwestern deer herds showed much higher fawn ratios than elsewhere in the state, while herds in central and east-central Nevada had much lower ratios.

This trend of poor recruitment has been a problem for many years, and Nevada’s deer herd counts are far lower than they were in the 1980s. On a happier note, many units still continue to produce good bucks. Nonresident hunters performed well last year, with a harvest rate of 54 percent for rifle hunters. All of Nevada’s deer tags are issued in a draw. Units 101-108 (early season) have 153 nonresident tags. Units 71-79 and 111-113 (both early) are assigned 57 nonresident tags per group. Some of the top units are those with late-season hunting, but only a handful of tags are issued. Look to units 261-268 (late), with a season running November 27 to December 5, and units 15 and 21, with seasons running December 4-26.