It's back to bird-hunting basics in competition. 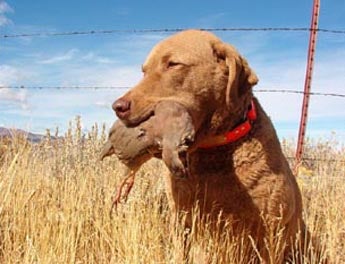 In 1874, Tennesseeans gathered near Memphis for America’s first attempt at comparing personal hunting dogs in friendly competition. Interest soared, and the National Championship emerged in 1896 with noble intentions of breed improvement. Instead, through fads and changes in judging, subsequent field trials robbed pointers of their natural retrieving instincts. Even retrievers have suffered this fate, with breeders selecting headstrong dogs to win the game instead of breeding for cooperative retrieving. Enter the new nonprofit North American Gun Dog Association (NAGDA), whose mission is to compare personal hunting dogs, but this time under rules that will ensure that hunting instincts remain intact.

Unlike other field trials, NAGDA trials score the whole hunting situation: the dog on its finds and retrieves and the hunter on how many birds he or she bags…in how much of the allotted time…with how few shells. Nothing is left to the bias of a judge.

The Way It Works
In the amateur singles division, for example, each hunter/dog team gets four birds, eight shells and a 20-minute run. In all pointing and flushing divisions, the dog is scored 10 points per bird produced and 10 more for a full retrieve. Provided points have been scored, the hunter gets 10 points for each shell not used. One point is scored for each full minute left in the time allotment after the last bird is in the hand. The same scoring applies in open divisions in which professional trainers may compete.

In doubles divisions, two handlers and their dogs hunt 25 minutes for six birds. Handlers stay within 50 yards of each other, have five shells each and may share shells as desired after each has fired at least once.

While NAGDA events are great off-season adventures or season extenders (September to April), they’re also family fun. You might see moms and dads pulling their little ones around the grounds in a coaster wagon. And there’s a youth division for ages 12 to 17. A parent or guardian accompanies these contestants until they turn 18. They get four birds, eight shells and a 20-minute run. In the puppy division, dogs under 12 months get 25 minutes to find three birds; the hunter has six shells.

There’s something for everyone. In fact, owners of pointing Labs are not turned away as they have been by some other organizations who couldn’t make the leap to an American-developed versatile dog, especially one with “retriever” in its name. Pointing Labs simply face the same rules as other pointers. Caught birds get 5 points instead of a possible 20. Some Labs released to make the flush may go for a retrieve on a slow bird. Whoa control practiced with the temptation of wing-shackled birds parading around would change this to a close-up traveling point until the flush.

No question, for those who like the excitement of competition but want to do it with genuine hunting dogs, NAGDA is the club. Visit NAGDA at www.nagdog.com, or call 719-348-5451. Ask for Mike Hatfield.