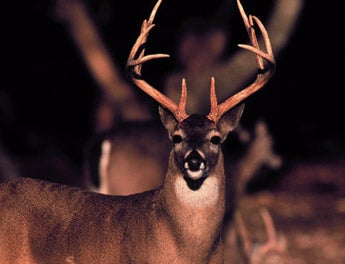 The east-central and southeastern counties produce many trophy bucks, thanks to prime habitats and lower hunting pressure. These include Guernsey, Licking, Muskingum and Washington counties. DNR wildlife research biologist Mike Tonkovich says, “The opportunity to harvest a deer in these portions of the state has never been higher.”

Bucks in the heavily agricultural northwestern part of the state average 156 pounds field-dressed, 20 pounds heavier than their brethren in other counties. The herd should enter the fall about 700,000 strong. Tonkovich expects a 2004 harvest similar to 2003’s 197,000 deer taken. Twenty-six counties have a three-deer bag limit this season, while 34 counties have a two-deer limit. There is a one-buck limit throughout the state.