If we don't deal with the contents, we'll lose our breeders. 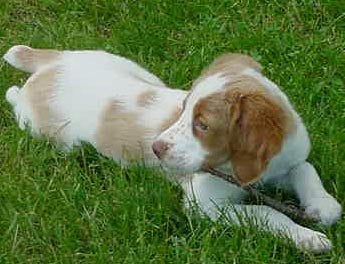 We’re facing a serious problem. Someone has to bring it into the open or we’ll have to start over, breeding dogs from wolves-if we can find any that haven’t been exposed. “I’ve spoken to more than eighty breeders who produce at least two litters a year,” said Jim Helm of Ord, Neb., developer of Signature Series Setters, “and almost all of them have seen one or more of the symptoms.”

The problem is canine herpes virus (CHV), which can be passed sexually or just by sneezing. Historically, it caused a mild runny nose in adult dogs. Veterinarians were taught about the virus, but serious encounters were so rare it was nearly forgotten. Back then, unless a dam’s pregnancy had been confirmed by palpation, whelping-day wipeouts were blamed on a mysterious “false pregnancy.” Today, CHV has become a nightmare. Bitches who are infected by the airborne virus may resorb their puppies or abort early. If the virus is passed from under the sire’s sheath, some pups might escape infection during birth but will get it later from vaginal secretions or diarrhea from infected littermates. Once infected, pups usually die within 24 hours, suffering terribly. They stop nursing, become chilled, cry loudly and steadily from intense pain, and experience abdominal distension, loss of coordination and a yellow-green diarrhea. A quick autopsy will reveal heavily mottled kidneys. (The virus, incidentally, is distinct from the human herpes virus and poses no threat to people.)

The threat lasts for the first three weeks of life, when a puppy’s body has no heat regulation and cannot mount a fever response. Herpes virus replicates at temperatures in the high 90s but stops multiplying at 100 or 101. Providing 102-degree heat for those three weeks keeps herpes at bay until the pups have their own defenses.

There is just one heat source that can be set precisely and remain constant regardless of outside temperatures or where the dam and pups lie on it: Scott’s Whelping Nest (800-966-3647; scottsdog.com). Pups should be born in this nest and remain in it at 102 degrees for the full three-week period.

Some breeders are also experiencing irregular or no-heat cycles and litters with few or no females. It is unknown whether these are linked to CHV.

Why the virus has turned deadly over the past decade is a question that needs prompt study. It could be a new strain. Stress is clearly a factor and can be caused, for instance, by being flown to a strange place to be mated. Another factor might be the presence of a second infection, which places increased demand on the immune system. Even some vaccines reduce the strength of the immune system for two weeks. It makes one wonder what the the growing list of vaccines against disease, and poisons to kill parasites, is doing to a dog’s immune system.

Speaking of which, there’s now another vaccine dogs in the U.S. aren’t getting-the one for canine herpes virus. Merial has developed a shot that has been used effectively in Europe and Canada. The U.S., however, prohibits the shipment of biologicals across the border to individuals, and the FDA has not approved the vaccine for bulk shipments to the veterinary industry.

Pet Peeve
“I can’t tell you how many people I’ve encountered over the years who’ve worked with different sporting breeds, especially Labradors,” says Kathryn Osborn, a flat-coated retriever aficionado from California. “They breed a bitch and it doesn’t take, or sometimes the bitch is palpated or x-rayed and there are pups, but suddenly it’s whelping day and nothing-the litter is just gone. I’ve seen this with my own eyes, been there, been at the vet’s with these people, and I’ve never once heard a vet say, ‘You know what, let’s do a herpes titer.’ We need their help. Herpes is not specific to ‘unclean kennels.’ It’s as common to dogs as colds are to us, but now it’s deadly. Breeders need to ask questions and talk opeenly about this.”