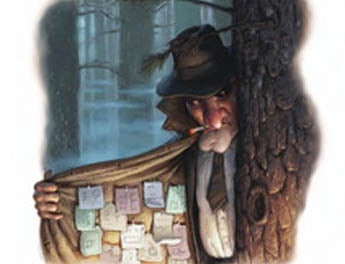 Last fall, New Mexico state police confiscated more than 20 counterfeit elk hunting licenses when one vigilant hunter-a retired law-enforcement officer-noticed that the license he had purchased was bogus. The case and the outfitter who sold the license may soon go before a grand jury. With more states like New Mexico selling licenses online that can be printed out at home, will it become easier for crooks to produce fakes?

“In some respects it has made life easier. In others, no,” says Marty Frendroll of the New Mexico Department of Game and Fish. He cites customer confusion and errors in choosing the correct permit as the system’s major drawbacks. But the technology has also made it easier for crooks to create fake licenses or, at the very least, to buy cheaper permits for which they aren’t eligible.

Don Lanning, of the Nebraska Game and Parks Commission, says that although some online applicants disregard the state’s eligibility requirements, the new electronic system actually makes it easier for his agency to catch scam artists, thanks to extensive online databases. Nebraska has been issuing licenses online for the past five years.

Despite the recent case in New Mexico, it doesn’t yet look like the production of counterfeit licenses is affecting the state’s sales. “I can’t honestly say we’ve had more of a problem,” says Frendroll. His departmental colleague, Wanda Longsdorf, puts it best: “If you’re going to cheat the system, you’re going to cheat the system. And cheaters get caught eventually.”