Deer hot-zone maps, top public-land hunts and a state-by-state look at what to expect this season. Sponsored by Marlin 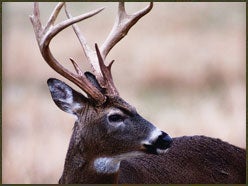 East
Bigger harvests, extended seasons and liberalized bag limits-it’s all going on in the East. Suburban hunters habe a good shot at bruiser bucks in small places, and a winter-long venison feast, too. And big-woods hunting for trophy animals is as exciting and productive as ever from West Virginia to Maine.

South
The elements are playing a hand in deer hunting throughout the South. In some parts it’s drought; in other parts it’s flooding. Despite the weather, though, hunting this season should be as fruitful as ever, and in many places that can be attributed to quality deer management, which is catching on across the region.

Midwest
Are Midwestern deer hunters facing the best of times, or the worst? One could argue either way; we’re battling a massive chronic wasting disease outbreak, and access is getting tougher. But few here would rather hunt anywhere else, and while it’s been predicted before, this may be the best season ever.

West
Drought, fire lingering effects of harsh winters and, in some places, tighter permit restricitons continue to make life tough for the Western deer hunter. But there is still a lot of land, a lot of deer and a lot of opportunity out there. The real question is, how much time do you have to cover some grond?