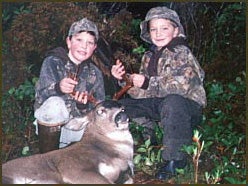 Areas with the highest deer populations are dominated by forested regions in all of the mainland counties. Fish and Wildlife Supervising Wildlife Biologist Lori Gibson suggests that the older and more mature animals tend to be found in the northern tier of the state. All regions suffer from fragmentation, making access considerations critical. Buck-to-doe ratios are lower than desired, but improving. Because of this, authorities are limiting the times for either-sex harvest without changing the total number of days available for the overall deer hunts. Gibson recommends that mainland hunters consider the smaller wildlife management areas like Nicholas Farm or Wickaboxet for hunting with less pressure. Contact: Rhode Island Department of Environmental Management (401-789-0281; www.state.ri.us/dem).