Why dogs go through the "terrible twos" and what to do about it. 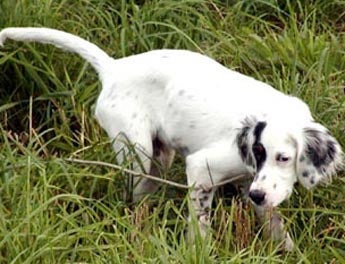 If you’ve joined a few gab sessions at a hunting-dog club, you’ve already heard this story. Maybe you’ve told it yourself.

“Remember that yearling pup I bragged about last season?” asks the frustrated hunter. “I did everything right, and he hunted like a finished dog. I thought I had a natural. Now he’s two and going backward so fast I’m about to sell him cheap.”

What fools us about a dog like this is the dramatic change. The sophomore slump is a perfectly natural phase of a dog’s life, but it’s not equally obvious in all dogs. The first phase change occurs at around 5 months, when the pup that just wanted to do whatever you were doing begins to have ideas of his own. Between 8 and 12 months he enters puberty. This coincides with a second and stronger phase of independent thinking. Lots of obedience training at that time keeps him largely under control.

It’s in the second year that the hormonal crescendo seems to delete everything stored in that once-brilliant brain. Although the degree of backsliding depends upon the breed and other inheritable factors, it’s the quick- learning early starters that seem to demonstrate the most severe regression. Typically, the ex-wonder-dog goes out to fetch, gets there and then wanders away from the bird because an odd clump of grass has inspired greater interest. Or his brain hangs up on the telegraph line from his nose, and he runs right through a covey of quail, then stands there looking at you like, “Where did they come from?” The hound that trailed and treed at 5 months now prefers searching for carrion to roll in.

When you hear this story, you have two courses of action. If the owner is a real jerk and needs some comeuppance anyhow, buy his dog cheap. If he’s a nice guy, but too inexperienced to know about growth phases, do the right thing and tell him the truth. Which is, this too will pass. If the dog truly was a natural in its first year, that dog will mature in its third year and come back with even greater ability.

This doesn’t mean, however, that you should accept poor performance. Part of growing up is learning what is and is not acceptable. If the sophomore dog doesn’t stay relatively focused, stake him out where he can see another dog hunt or can watch you hunt alone. Back at home, practice obedience lessons and set up situations in which he can be corrected for the type of mistakes he’s making in the field.