Update: Could This Be Hunting’s End?

In a dramatic shift mandated by high-volume outrage, the World Hunting Association has decided to drop the most controversial element of its upstart hunting tour: the use of tranquilizing darts on whitetail deer. 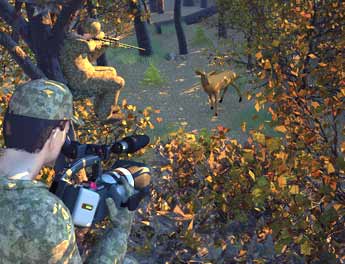 David Farbman, the WHA’s founder and commissioner, announced this week a new competitive format for his inaugural eight-hunter, 12-day event that begins Oct. 5 at Lost Arrow Ranch near Gladwin, Mich. Tranquilizer guns are out – muzzle-loaders, rifles, and bows are in.

It was the WHA’s original plan to dart whitetails, measure antler spreads, and then return the deer live to their environment, that sparked furious criticism from individual hunters, bloggers, and organizations such as the U.S. Sportsmen’s Alliance, not to mention sponsors whose disdain for the WHA’s “drugging” procedure threatened to sink Farbman’s grand plan.

“After hearing the voice of so many concerned people in the hunting community, I think the biggest issue was the darting,” said Farbman, 34, a real-estate executive from Southfield, Mich. “Our only goal will continue to be to build something that will promote the heck out of hunting (participation) numbers.

“I think we can accomplish that with a traditional harvest option.”

[pagebreak] The Background
The WHA was unveiled in June as a counterpart to professional fishing circuits, such as Bassmasters. While tranquilizer darts – the WHA’s “catch-and-release” mechanism – generated most of the heat aimed at Farbman’s project, another contentious issue remains: the use of enclosures for WHA hunts.

Lost Arrow Ranch is a 1,000-acre fenced-in area in Michigan’s northern Lower Peninsula. Enclosures will continue to be the site for WHA hunts, which Farbman hopes to extend to different states and regions as the WHA expands its hunting species from whitetails to mule deer, elk, etc.

“The bottom line is,” Farbman said, “when you’re dealing with hunting tournaments, and you’ve got eight pros out there shooting, we don’t want to do anything that will impede upon licensed hunters. We can’t be doing something that will bother them.”

A new points system will also be in place as hunters vie for prize money that Farbman has said would reach hundreds of thousands of dollars: Rather than strict measurements of antler spreads, a points system will require the harvesting of four does, one “management” buck, and one trophy buck.

Specific trophy bucks featured on the site’s Internet portal will be off-limits to hunters, although hunters can accrue additional points for bringing such bucks within shooting range.

[pagebreak] High Technology
High technology is at the root of Farbman’s dream. Hunters and roaming deer are to be followed via cameras that feed real-time animal movements and hunter strategies to viewers watching via Internet, cable television, or Pay-Per-View productions.

Farbman’s objective is to bring the romance and nobility of hunting to a younger audience – in addition to traditional followers – in an effort to grow hunter participation throughout America and beyond.

Farbman has signed eight hunters for his 2006 roster. At least one deer during the 12-day competition must be taken by an individual hunter with each of the three weapons categories.

Farbman’s next mission: re-heat discussions with sponsors and potential allies that had profound problems with darting whitetails.

“It wasn’t an overwhelming rejection,” Farbman said of the resistance, “but in talking with key people around the industry, the same concerns were expressed over and over. That (eliminating darting) was the easiest concern to address.

“I think that moving to this format, which is closer to the smart middle ground we sought, will create a better feeling all the way around.”