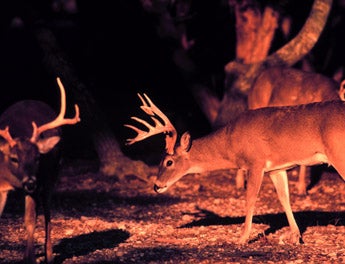 Overall, Utah’s deer season won’t vary much from years past, though heavy snows in the area from Salt Lake City to Brigham City have caused winter mortality. According to Jim Karpowitz of the Utah Department of Wildlife Resources, hunters should see fair to excellent hunting around the state. The winter was mild, other than in the northern region, but like other Western states, Utah is suffering from a drought.

Over recent years, Utah officials have eliminated some general-season hunts and put them in a limited-entry category, with tags drawn in a lottery. These include the legendary Paunsaugant and Elk Ridge units, but there also are outstanding hunts in the Book Cliffs and Henry Mountains units. In fact, deer hunting in the Book Cliffs was shut down some years ago because of a lack of deer. Obviously, Utah’s management programs are working.

Typically, the southern, central and southeastern regions sell out their tags first, but normally there are tags available in the northern and northeastern regions for those who don’t get their tags early. As usual, Utah will have a nine-day season, beginning on October 23.