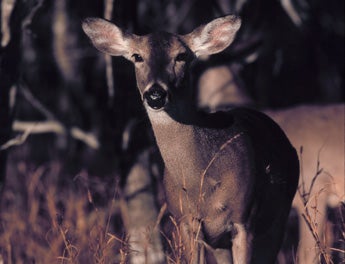 As in New Hampshire, Vermont’s deer herd has felt the wrath of Mother Nature in recent winters. Since 2000, the population has slipped from about 150,000 to 130,000. In response to the lower numbers, antlerless permits will be available in only seven of the state’s 24 WMUs this year.

“We’re anticipating a deer harvest similar to last year’s, maybe a little higher, depending on how the weather treats people,” predicts John Buck, who chairs the Fish and Wildlife Deer Project for the state.

Depending on where you hunt, you’re likely to find anywhere from a few deer per square mile to more than 30. One of the most promising regions is the Franklin and Grand Isle counties area (WMUs A and B), where herds are doing well thanks to Lake Champlain’s warming effect and the area’s relatively abundant farmland. As always, the Green Mountain National Forest and the Northeast Kingdom should offer a decent chance at a mature buck.