The biggest buck of your life might be in the Rockies. 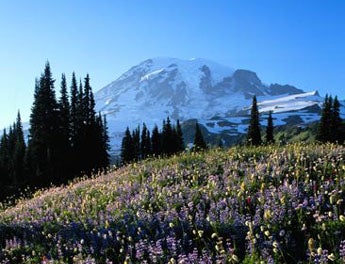 When I first relocated to the West in 1960 to study forestry, I thought I’d left whitetails behind. I was eager to hunt the mule deer that I’d read about for many years. And I did.

Most of those early bucks were in Utah and western Colorado, where muleys were the exclusive deer species. But as I extended my hunting horizons, I learned that whitetails were very much a part of the Rockies. I soon discovered that they lived in environments unlike the hardwood forests in which I had pursued them in the East.

My first Western whitetail hunt was in eastern Montana in the mid-’70s. I hunted them in and around fertile croplands along the Yellowstone River and was amazed at the number of visible deer. The fields were full of them early in the morning and late in the afternoon, and it wasn’t unusual to see herds of 50 or more. On that hunt, my pals and I worked slowly through pockets of brush along the river, jumping deer as we moved along. I ended up with a dandy eight-pointer.

Compared to their Eastern cousins, these river-corridor deer were much easier to pattern. They have no choice but to bed in cover along the river, and they’re often visible as they walk from feeding to bedding areas. The latter are usually cottonwood forests laced with willow or other dense underbrush.

River-bottom Strategies
When hunting these deer, a smart early-morning strategy is to find a vantage point overlooking the river and wait for deer to filter in from the fields. Well-used trails indicate primary travel routes. In late afternoon, reverse the procedure, watching for deer leaving their beds on the way to the fields.

A unique variation is to use a boat to float downstream and hunt along the way. A boat is especially helpful where there are islands in the river, allowing access to these brushy spots that are often loaded with deer. Whitetails are strong swimmers; it’s nothing for them to swim to islands when pursued. It’s best to hunt islands with a group of hunters, since deer will quickly run to the far side, jump in the river and swim to shore. Standers can intercept them, but wary bucks will often lie low and not leave the island at all.

Large river corridors aren’t the only habitats where Western whitetails live. They’re also at home on ranchland-a stream running through the bottom is a bonus. For example, just north of Cody, Wyo., where I live, whitetails are numerous along a small creek, sharing the area with mule deer. Interestingly, the muleys typically don’t venture very far from the edge of the sagebrush bordering the fields. That’s true throughout the West where whitetails and muleys live together in lower elevations. If you want a whitetail, look in the brush along the stream; if you want a muley, check out the rimrock and high sage above the fields.

[pagebreak] Deep-Timber Bucks
Then there are the mountain whitetails that inhabit northwestern Montana, northern Idaho and northeastern Washington, a region known as the Inland Empire. This area is characterized by wetter climate, steep mountains and dense timber. Here, whitetails know only heavy forest, much of it unroaded.

I recall a whitetail hunt on a national forest near Libby, Mont., when the snow was an honest 3-feet deep on Thanksgiving Day. I found deer in the forest by slipping up to trees that had fallen under the weight of heavy snow. The evergreens were magnets for deer looking to browse their moss-covered branches. Though it was tough getting around in the snow, the nine-point buck I took made it worth the effort.

Many whitetails in this region are taken by elk hunters who also have a deer tag. Some hunters are savvy about these mountain whitetails and have learned how to pattern them by noting rubs, scrapes and activity along trails. Since there are no croplands to determine feeding patterns, and bedding cover is virtually everywhere, these are eextremely difficult deer to hunt.

Some huge whitetails live in this country, and the Boone and Crockett Club lists many trophies from the region. Most are earned the hard way, in unforgiving mountain country.

Elsewhere in the West are whitetails in ponderosa pine forests, which are nothing like the timber country of the Inland Empire. Pine forests are far more open and arid, and their whitetails are easier to hunt. The next time you think of hunting the West, don’t discount the whitetail. Not only is he well-entrenched, but in many areas he outnumbers the muley. And don’t be surprised if the biggest buck of your life comes from within the shadow of a glorious snow-capped peak. It happens all the time.

For information on Jim Zumbo’s books, visit www.jimzumbo.com. [pagebreak] **Colorado **
There is good whitetail hunting along eastern river bottoms, especially along the Platte and Arkansas rivers. Much of this is private land, but there are some state WMAs that offer public hunting. (303-297-1192; www.wildlife.state.co.us)

**Idaho **
The area around Grangeville has superb whitetail hunting. Look for good bucks around agricultural areas as well as in the surrounding forests. In northern Idaho, check out the timbered country of Panhandle National Forest. (208-334-3700; www.fish andgame.idaho.gov)

**Montana **
Enormous numbers of deer roam along the Missouri and Yellowstone river bottoms. Much of this is private land, but there are also areas of federal BLM land as well as the Charles M. Russell Wildlife Refuge. In the northwest region, the area around Seeley Lake has produced monster bucks. (406-444-2535; www. fwp.state.mt.us)