Just before peak breeding, bucks go on the move. 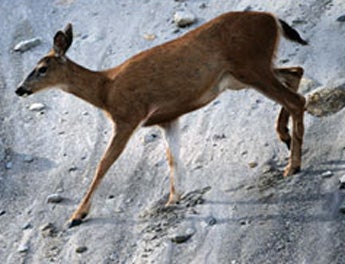 To tag a good buck you need to save your most productive stands for the hottest part of the season. So, you ask, what part of the rut is the hottest? I’ve come to the conclusion that, outside of the deep South, the most intense day of the season will fall somewhere between November 7 and 10. Here’s why.

The amount of buck activity increases during the latter half of October until it reaches a pinnacle just before peak breeding begins. During this time only a small percentage of does are in heat but all the bucks are after them. In my experience, that scenario happens on, or just a few days after, November 7 nearly every year. Buck activity actually drops off during the peak of the rut because the majority of does are in heat and the mature bucks are holed up with them. Until most of the does are bred, buck activity remains hit-and-miss, as bucks finish with one doe and move to the next.

Call in sick if you have to, but you need to be in your best stands from November 7 through November 10. That will give you the best possible chance of catching that magical day when the bucks run rampant.

Where to Hunt
Being out at the right time is not enough. You also have to be in the right place. You need to target does, because by November 7 the bucks are chasing them aggressively. The downwind fringe of a doe bedding area is a good choice for a morning stand, but a better option is a funnel between bedding areas that are fairly close together. During these intense days bucks may cruise through at any time, so you should stay all day.

If you get stir-crazy, an early-afternoon stand change can put you in the action. Does start to move away from bedding areas toward feeding areas late in the afternoon. Situate yourself close to a feeding source. As the does start going out to feed, bucks will attempt to cut them off and may even scatter them as they look for hot does. Be careful not to sit too close to the feeding area, because bucks may not venture out into the field until it gets dark.

There is only a short period when mature bucks let their guard down and run around like sailors on furlough, so no matter how tough it is to sit on stand from dawn to dusk for several days in a row, you’d be crazy to leave the woods for lunch between November 7 and 10.