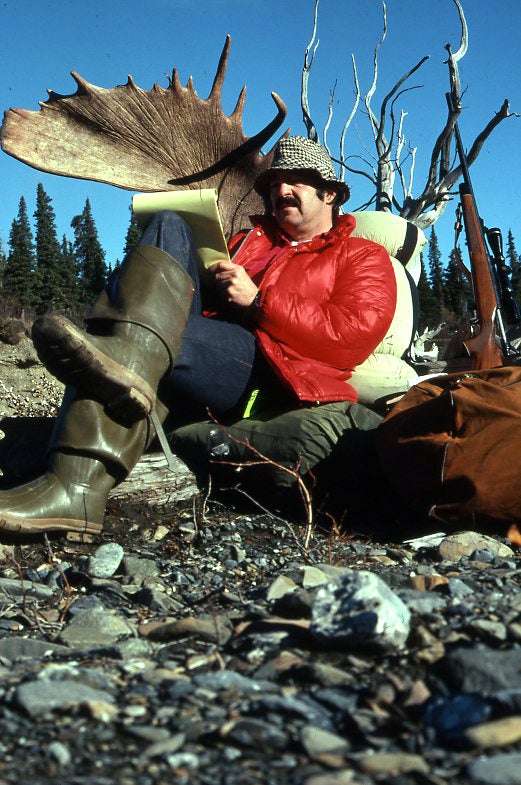 Carl Zeiss Sports Optics honored Outdoor Life‘s Jim Carmichel with a Lifetime Achievement Award for his innumerable contributions to the shooting sports over a span of more than 40 years. The award was presented during the company’s annual writers party Wednesday evening. In addition to receiving a plaque recognizing his legendary contributions to the use, study and development of sporting firearms, Carmichel was presented with a new Zeiss Victory Diavari 3-12×56 T* riflescopes with the Rapid-Z 800 Ballistic Reticle.

“Those at Carl Zeiss who have had the pleasure and honor of working with Jim Carmichel over the years respect him not only because he is a great writer and communicator, but also because he has proven to be an excellent teacher,” says Erik Schumacher, president of Carl Zeiss Optical, Inc. “Jim has taken the time to share his knowledge of firearms, optics and ballistics–gained through years of hands-on experience–with readers, colleagues and manufacturers alike, and his deep devotion and numerous contributions to the shooting sports are widely respected and appreciated. He is truly one of the industry greats, and all of us at Carl Zeiss wish him well in his retirement.”

Some would say that Jim Carmichel, Shooting Editor of Outdoor Life for 37 years, was born for the job. From early childhood memories of crawling under a bed to stare–for hours–at the pistol hidden under the springs to ownership of a comprehensive firearms test facility, Carmichel’s attentions seldom stray from the field of firearms.

“If I live for five hundred years,” Carmichel admits, “there won’t be enough time for all of the shooting and hunting I have planned.”

Even in his early teens, Carmichel learned to reload ammunition, was building his own guns and designed a high-performance-hunting cartridge. He paid his way through college by making richly carved and inlaid productions of Kentucky-style long rifles. He earned four letters on the varsity rifle team, and was captain for two years.

During the 1960s, Carmichel began writing about guns and shooting on a part-time basis, but there was soon such a demand for his writings, especially on the technical do-it-yourself aspects of firearms, that he became a full-time writer. In 1971, he was tapped to succeed the legendary Jack O’Connor as Shooting Editor of Outdoor Life. He has hunted on six continents in more than 20 countries, including 29 African safaris. He also maintains an active competitive-shooting schedule and has won awards in small-bore and big-bore rifle, silhouette, skeet and benchrest, most recently winning the Two Gun Championship at the 2007 National Benchrest Championships.