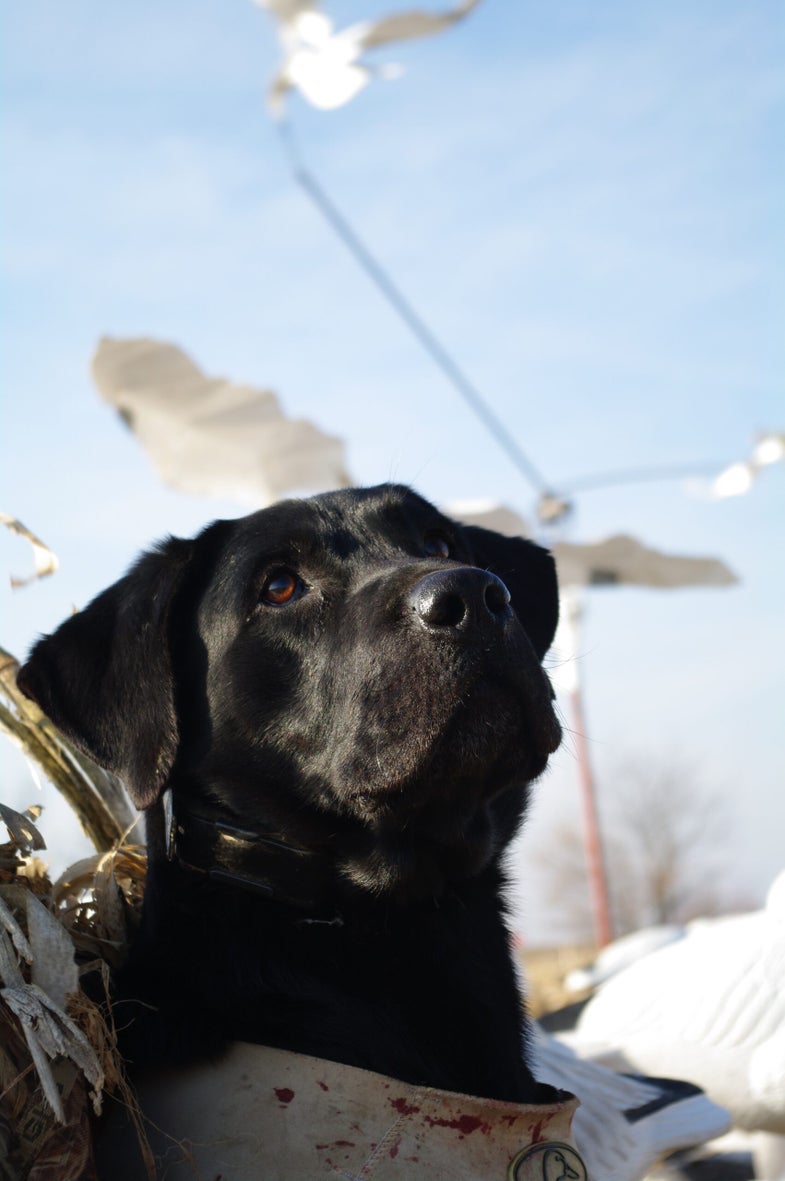 Spring snow goose hunting is all about scouting and concealment. As Missouri-based guide Tony Vandemone (habitatflats.com) likes to say, “You have to be under birds to kill them.” That requires that he and his team forgo sleep to track the huge skeins of geese as they move into the state’s “golden triangle” (so-called for the wealth of waterfowl opportunities) on their way to their arctic breeding grounds. And while his clients sleep, he’ll be in the field setting up the required number of decoys (600 to 700 per setup). Some nights, he’ll get to shut his eyes around 2.am., but he has to be up at 4 to start another round.

Why all the fuss? Because when you hit it right, you’re talking about a type of hunting almost no one sees any more. Want to take 100 geese in a day? Want to shoot like a fiend?

Here’s the deal. From the end of January until the end of April Missouri conducts what it calls a Conservation Order hunt for “light geese” (snows and blues). Hunters may use electronic calls and unplugged shotguns, and shoot from 1⁄2 hour before sunrise to 1⁄2 hour after sunset. A valid Missouri Migratory Bird Hunting Permit is the only permit required for residents and nonresidents during this time. All this because the birds have exceeded the carrying capacity of their breeding grounds. The idea is to shoot as many as you can.

The catch? Like any migratory species, the geese aren’t always where you want them to be, and even when they are the weather can conspire to push them out of range. But get it right….Wow!

Our first morning the shooting was like manna from heaven. Vandemone, who prefers to use full-bodied feeding dekes, supplemented by Silosocks flapping goose decoys, told us to lie in our layout blinds with the mesh covers over our faces. “Don’t peek out,” he said. “If you do, the birds will bust you and flare out of range.”

As a huge group flew toward us, Vandemone turned on the electronic call, and through the mesh I could see geese begin to lose altitude. They drifted in and out of sight as they crisscrossed the stubble field, dropping closer on each pass. Finally they were close enough (about 25 yards) and Vandemone yelled, “Take ’em!” We bolted upright out of the blinds and started shooting.

This went on all morning. By 10, when the flights slackened we had 37 geese on the ground. We took a midday break and were back in the blind in early afternoon. Around 4 p.m. the birds started flying again. They are strong customers; in some cases flying 30 to 40 miles to feed. They need to; they are essentially an invading host, one that can quickly clean out a field.

We spent 2 hours piling up spent hulls like mad. At sunset we counted another 60 geese (that’s 10 per man in 2 hours!), the meat of which we donated to a food bank.

The next morning, the wind shifted. That meant we were facing the wrong way, so we quickly repositioned the blinds and decoys. We needn’t have bothered. Only one flight came in, and we dropped three out of five. We matched that total in the afternoon. Well, there’s always tomorrow, right? But the next morning the weather deteriorated and high winds pushed the birds onward and upward.