You voted for the best outdoor joke. Congratulations to our winner lowtides who won with over 80% of the vote.... 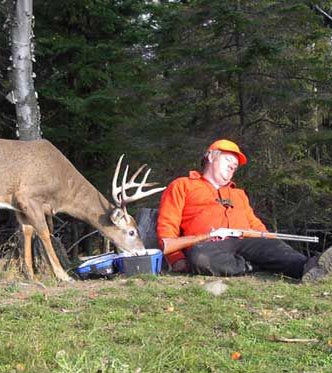 You voted for the best outdoor joke. Congratulations to our winner lowtides who won with over 80% of the vote. You’ll receive a prize pack of OL gear in the mail!

Joe and Bo were fishing out in an ocean bay with no results. 4 hours, no fish. Finally, a boat with an old guy pulled alongside with his limit of every type of fish. Joe and Bo were astounded and asked how the man had gotten all the fish. The old man told them, “It’s a Native American trick. Fill a bucket up with water where you are fishing. If it tastes salty, keep heading on the river. Finally, when the water isn’t salty anymore, start fishing.” Joe and Bo filled a bucket of water and Bo pronounced it salty. They headed 10 minutes up the river and Bo called the water salty once again. They stopped every 10 minutes going upstream but it was always salty. Finally, they started getting into a marshy area. Joe mentioned that they were running out of room in the channel. Bo spoke up, ‘Yeah, and the water in the bucket is getting low too!”

From lowtides
Four friends spend weeks planning the perfect backwoods camping and fishing trip. Three days before the group is to leave, Frank’s wife puts her foot down and tells him he isn’t going. Frank’s friends are very upset that he can’t go, but what can they do?
Three days later the three friends get to the camping site only to find Frank sitting there enjoying an ice cold beer. The tent was set up, firewood gathered, ice chest full of beer, and fish cooking on the fire, almost ready to eat.
“Damn man, how long you been here and how did you talk your wife into letting you go?”
“Well, I’ve been here since yesterday. Two nights ago I was sitting in my chair and my wife came up behind me and put her hands over my eyes and said ‘guess who’?”
“I pulled her hands off my face and she was wearing a brand new see-through nightie, and did she look great! She then took my hand and I followed her to our bedroom like a little puppy. The room had two dozen lit candles and rose petals all over. Soft music was playing, and on the bed she had handcuffs and ropes! She told me to tie and cuff her to the bed, and I did. Then, with a devilish little grin on her face, she said ‘do whatever you want.’ with that sweet southern drawl of hers.”
“Well, Here I am!”