For the last four years, I have been haunted by the memory of a single deer. This particular animal—an Oklahoma whitetail with a rack like a candelabra—occupied my life for maybe a dozen seconds, starting with his eruption from a tangle of hawthorn to his manic sprint for the property line and his disappearance in the shelter of a cedar grove. 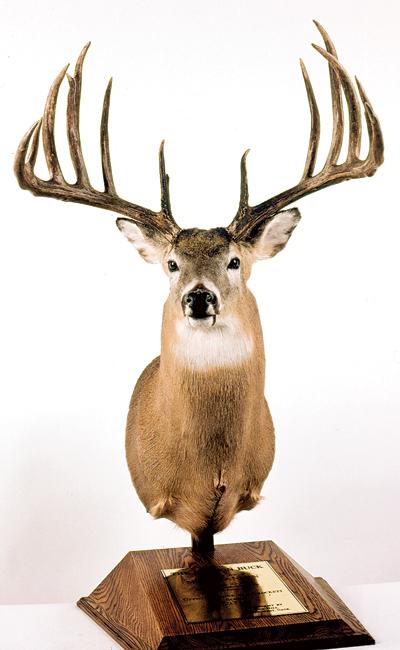 For the last four years, I have been haunted by the memory of a single deer. This particular animal–an Oklahoma whitetail with a rack like a candelabra–occupied my life for maybe a dozen seconds, starting with his eruption from a tangle of hawthorn to his manic sprint for the property line and his disappearance in the shelter of a cedar grove. But I’ve replayed our brief encounter hundreds of times, wondering what might have happened (to both of us) if I had been holding a rifle instead of a 20-gauge stuffed with quail loads.

I’ve mentally measured his matching drop tines and counted his points–I get between 12 and 17, depending on how much running room I give my imagination–and sometimes picture myself holding his head, turning it to fully appreciate its astonishing dimensions, which I estimate at north of 200 inches of antler mass.

That single incandescent moment, on a sunny November afternoon in the breaks of the Cheyenne River, transformed me from a deer hunter to a trophy-buck hunter. For the rest of that week, I hunted that animal with single-minded purpose. I never saw him again, but I haven’t been able to forget him, either.

I’m hardly alone in this consuming pursuit of trophy whitetails. It’s a natural progression from shooting your first legal deer to holding out for a single, specific individual.

Outcome-Oriented Hunting
Deer hunters are a social lot, often satisfied more with the experience than the outcome. Trophy hunters, on the other hand, are focused, intense, secretive and consumed with the result, killing the biggest buck. Every year.

This year, Outdoor Life is celebrating all the sacrifice, intensity and glory of trophy hunting with a brand-new program, Record Quest. It’s the story of remarkable bucks, what it takes to kill them, interviews with those who have, discussions of essential tactics and gear, trophy destinations, and details on how you can join this elite club.

Trophy Tales
It’s the story of the science of trophy management and the mysterious mix of genetics, nutrition and gleaming luck. It’s a celebration of the wildness of wildlife, of the uniquely American notion that until you wrap your tag on it, even world-class bucks belong to us all.

We’ll ask you to advise us on where to plant food plots and place tree stands, and to weigh in on the nail-biting risk of passing up a 160-class buck in order to hold out for a 180, which may not show up. You’ll meet the most recognized names in trophy hunting, as well as hard-core hunters you’ve never heard of.

This fall, we’ll ask you to come along as Outdoor Life editors put their skills to the test, hunting whitetails in some of the continent’s best trophy areas. We’ll hunt in Ohio, Montana, Kansas, Alberta and Missouri, and we’ll invite you to participate online, at outdoorlife.com/record-quest, as we post daily updates from the field.

We might even return to Oklahoma, where that whopper buck of the Cheyenne River perhaps still roams–a few years older, a few inches larger and oblivious to themetamorphosis he sparked in me.