To Rattle or Not

Find out what the best weather conditions are to rattle in a monster this fall. 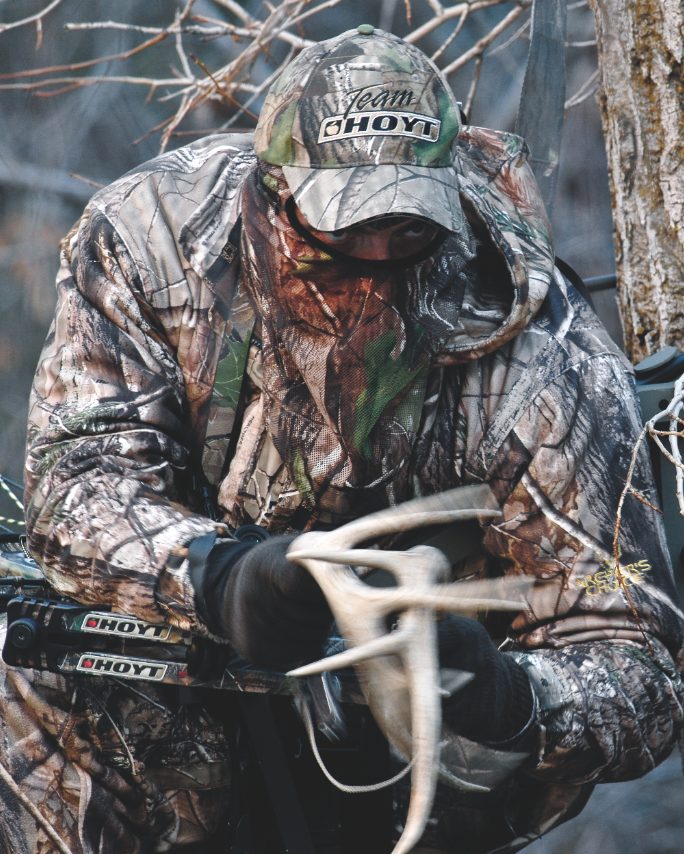 1. Rattling works only on private ranches, in places like Texas, where deer are unpressured.
a) True
b) False

3. The best time for rattling is:
a) dawn and dusk
b) midday
c) all day long

4. Wind direction is the most important element in successful rattling.
a) True
b) False

5. The best place to rattle is:
a) ridgetop
b) creek draw
c) woods lane
d) clear-cut

7. Which is correct?
a) Soft rattling, or “tickling,” antler tines is most effective early and late in the rut.
b) Always rattle loudly and aggressively, with plenty of busting brush, kicking of leaves and grunt calling.
c) Rattling works only during the peak of the rut.
d) Dixie deer snub rattling.

8. Should you rattle when you see a buck at a distance?
a) Yes
b) No

Answers on the next page!

ANSWERS
1: False. Although large, open expanses of private property are especially well-suited to rattling, this tactic works anywhere there are whitetails.

2: C. For consistent rattling success, noted hunter David Hale says, “find a preferred food source drawing does and you’re where bucks are going to be during the rut. Rattling near trails between the food and bedding areas is great because you’ll get the attention of bucks looking for does.”

3: A. While bucks have been rattled in at all hours of the day, dawn and dusk are best. Calm, cool, cloudy mornings during the peak of the rut seem to produce the best rattling success.

4: True. Even in full rut, mature bucks are wary and sneak in from downwind. Thus many skilled hunters use terrain features to help them while rattling. Try to station your stand so that you have a broad river or tall fence line downwind to prevent bucks from circling and using wind to detect you. Use plenty of “cover scent” as well.

5: A. Any of these locations could work, but ridgetops are preferred because visibility is good for approaching deer, and rattling sound carries farther.

6: False. Two people can increase odds for success, says Jim Crumley, inventor of Treebark Camouflage. “Two-man bowhunting units are especially effective,” Jim says. “I set up in tree stands with another bowhunter fifty to seventy-five yards away, facing each other. We alternate rattling sequences every twenty minutes. We eliminate the problem of a buck circling and coming in from behind, because we communicate with each other and alert the other person when a buck is slipping in.”

7: B. If you’re going to rattle, then rattle. The tactic works everywhere, though areas with higher buck-to-doe ratios will be better.

8: Yes. “Crack those horns loudly,” says TV host and hunter Mark Drury. He prefers to first spot a buck, then rattle so he can see the animal’s reaction.

How to Rattle
– Begin rattling with subtle tine “tinkling,” in case a deer is nearby. Hold a pair of antlers at their bases, turn the tines toward each other and “tickle” the two racks together for a full minute.

– Be quiet for five minutes, and watch downwind for bucks.

– Next, rattle hard, loud and without pause for several minutes by crashing and clacking the two racks together as hard as you can. Stomp the ground, kick leaves and grunt call.

– Be silent and alert for five minutes, then rattle loudly again for two minutes.

– Finally, be quiet and still for 20 to 30 minutes, then start the whole rattle sequence again.