Are Coyotes Killing Your Deer?

Coyotes get blamed for everything from fawn predation in the spring to decreased deer sightings in the fall. But are the claims valid? 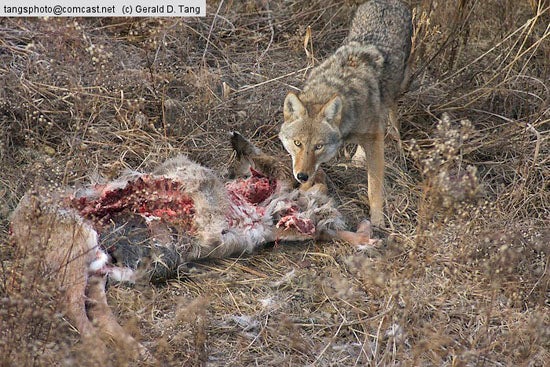 In the last two decades, numerous scientific studies have been undertaken to get a better understanding of coyotes’ impact on, among other things, whitetail deer populations. For example, an Auburn University report on fawn survival at a South Carolina military base found that coyotes killed eight out of nine fawns.

Another, in Maine, showed that whitetails made up 50 to 60 percent of coyotes’ diet. But contradicting these numbers is an oft-cited study from southern Michigan showing virtually no coyote predation on fawns. An Iowa study found minimal deer mortality due to coyotes; likewise, the answer was no when, in 2010, Penn State University researchers looked into whether coyotes were the cause of dwindling deer numbers in the Keystone State.

Unlike wolves, which have been shown to specifically target prey species, coyotes are opportunistic feeders. That means that sometimes they prey on deer, sometimes they don’t. It should be noted that the coyotes’ predation on whitetails seems to be habitat-dependent. Fractured habitats–field edges, road cuts–tend to favor predators. Intact habitats tend to favor prey species like deer.

Generally, it’s been found that an overabundance of coyotes can have a temporary “suppressing effect” on deer numbers, and in areas where there are too many deer, having a few extra coyotes running around can actually be a good thing. But no scientific study anywhere has ever determined that coyotes, by themselves, are capable of limiting deer populations for any length of time. The same can be said of most hunters’ efforts at coyote-population control. In other words: It rarely works.

Biologists have determined that recreational predator calling and the shoot-on-sight approach taken by hunters who believe they’re doing something good for deer have, in fact, no lasting impact at all. Sometimes it can even have the opposite effect, since killing coyotes actually works to stimulate coyote reproduction.

This explains in part why coyotes have been able to thrive and expand their range despite more than a century’s worth of calculated human effort to exterminate them. Despite our having lived alongside the coyote for so long, most of the more interesting biological discoveries about them have come to light only through recent research. While coyote population dynamics, habits and impact on prey species–namely deer–can differ from state to state, below are a few things about coyotes we know for certain.

**
Coyotes by the Numbers**

75: Percentage of coyotes that would have to be removed annually to cause a decrease in their general population

22: Percentage of Maine coyotes found to have wolf genes

1-3: Miles, average range of a coyote