Turkey Hunting Tips: How to Hunt Smart in the Post-Restoration Era

To help crack the code on the new generation of savvy turkeys, we offer this curricula, containing the keys to success in today’s turkey woods. 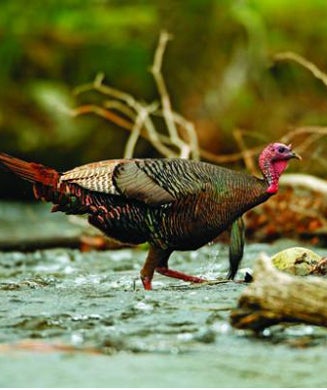 Around 1900, wild turkey populations reached their nadir, and for a time there were realistic fears that America’s grand game bird would go the way of passenger pigeons and ivory-billed woodpeckers. Fortunately, breakthroughs connected with trap-and-transfer methods of restoration prevented the bird’s demise. The subsequent recovery of wild turkeys ranks as one of the 20th century’s great success stories, yet it has also created a dilemma for sportsmen who delight in chasing this regal bird.

The golden era that followed full restoration, with ever-growing populations of uneducated turkeys, has come and gone. Increasing pressure—there are far more turkey hunters today than there were just a generation ago—has been accompanied by decreasing hunter access and declining turkey numbers.

There’s little doubt that the sport, challenging under any circumstances, has become more difficult. Preparation—from sharply honed woodsmanship skills to knowledge of the quarry’s habits and habitat, from solid calling ability to having the proper gear (and knowing how to use it)—is paramount. To help crack the code on the new generation of savvy turkeys, we offer this curricula, containing the keys to success in today’s turkey woods.

FINDING TURKEYS
The competent turkey hunter, no matter where his footsteps lead, cultivates a feel and flair for finding turkeys. This isn’t a mystical “sixth sense.” Rather, it involves an understanding of certain basic factors. First and foremost, spring gobblers are going to be where the girls are. Hens want ready access to nesting areas, roosting spots, food sources, and water. The latter factor is often overlooked, but turkeys utilize water in all sorts of ways. They are never happier than when they can hear their droppings hit water from the roost. River and creek bottoms make fine turkey highways and strut zones. Waterways provide escape routes, and in dry country, stock tanks are turkey magnets. In short, when planning to hunt a new area, take time to locate these water sources.

Topo maps in general, along with aerial photo surveys, are useful tools when it comes to new territory. They won’t show problematic features, such as hog-wire fences sure to cause a gobbler to hang up or old logging yards that have become prime dusting spots. But they will provide a feel for the lay of the land: where to call and set up, likely feeding areas, and more. Add to that studious on-the-ground study of sign—strut marks, tracks, droppings, scratchings, dusting bowls, and roosts—and you’ll be using your precious hours afield to maximum advantage. Sound woodcraft, especially knowing your prey and reading sign, trumps everything else, including calling ability, when it comes to filling tags.

TURKEY BIOLOGY BASICS
To find turkeys, you must understand turkey biology. Awareness of the spring mating season’s cycles—the preseason flock breakup and sorting-out process of the pecking order, the peak of the mating season (most states open just after this has passed), the beginning of the nesting process, and the increased gobbling as hens nest and gobblers find themselves alone—is vital. It will give you solid insight into where you are most likely to find turkeys and what to expect in the way of their behavior.
For example, laying hens tend to fly from the roost to feeding areas and then filter away from “bothersome” gobblers. And when longbeards suddenly face a dearth of female company, they are not only more vocal, they are also much more likely to reverse nature’s normal process and come to the hunter’s calling.

Tuning in to these cycles and readily recognizing the behavior connected with them helps you refine your tactics—such as how much you call or where you set up—accordingly.

GEAR SAVVY
No matter whether you are a minimalist who considers every ounce of extra gear reason for concern or if you belong to the school of thought that proclaims any turkey vest carrying less than 25 pounds of accessories a shameful sacrilege, careful contemplation of what you carry afield is essential. Begin by making a list. Once you’ve finalized it, save it in your computer, print it, and hang it in your gear closet, or have it otherwise readily available. If you fail to do so, sooner or later you’ll find yourself in a situation where you have forgotten some essential item for which there is an immediate, pressing need.

Start with a vest featuring plenty of pockets. The vest’s particular features—such as whether it has a capacious game pouch/decoy carrier in back, a comfortable fold-down cushion, or a built-in support system for when no tree is handy—are matters each hunter has to weigh individually. Personally, I want pockets that close and open quietly (i.e., no Velcro); are secure (losing a favorite call is a tragedy); and are specifically designed to hold essentials such as spare shells, different styles of calls, and more. Some gear I consider to be more or less essential (see “Essential Gobbler Gear,” below). Add or subtract from the list as you see fit.

CHOOSING A SHOTGUN
Second only to debates on the comparative merits of aggressive calling versus the “get his attention and lay a heavy dose of silence on him” approach is the endless discussion among turkey hunters about the ideal turkey gun. In truth, provided the gun patterns properly and will do the required job, selection is a matter of personal preference. That said, there are several things that merit consideration. Today’s special-purpose turkey guns, for all their fine attributes, have some shortcomings. Most are choked too tight, leaving little margin of error, especially if the target is close. Likewise, their short barrels mean a short sight plane and increased likelihood that the shooter will “peek” at the moment of truth by lifting his head off the stock and throwing the shot high. This has resulted in the salvation of many a longbeard.

It is my opinion that barrel lengths of 26 to 30 inches are acceptable as long as there is sufficient room to swing when setting up. A side-by-side or over/under has much to recommend it by letting the hunter decide which choke best suits the available shot. When it comes to single-barrel guns, which most turkey hunters use, a choke that throws a wider pattern than the “super” ones designed specifically for turkeys often enjoys an advantage. Check out a standard full choke’s pattern at distances of 20, 30, and 40 yards, and then compare it with that of a turkey choke at the same distances. It is quite likely shot density at the first two distances will be eminently satisfactory and will give you more margin of error. At 20 or even 30 yards, pulling off only a few inches with a super-tight turkey choke is likely to translate to a miss. At 40 yards, if a full choke still retains plenty of pellets in the kill zone, it is the better option. When testing chokes, be sure to use targets with a life-size outline of a gobbler’s head and neck, and don’t fall into the trap of thinking you have to get every pellet from the shell inside a 30-inch circle at 40 yards. You just need enough pellets on target to ensure a kill.

Among the must-haves for your gun is a full camo or matte black finish; shiny silver and showy gold have no place on a turkey gun. A sling will make life much easier for those who like to cover a lot of ground. A scope or red-dot may be a help, particularly for those prone to peeking when they shoot. But keep in mind that scopes add elements of potential complication. They may work loose or fog up, the battery might die, or you might forget to turn the red-dot on.

For modern guns that handle 3- or 3 ½-inch shells, taking advantage of the additional downrange impact and velocity of heavier-than-lead loads makes sense, provided your gun patterns them effectively.

Finally, confidence in both your gun and the load it carries is vital. That comes only from trying out loads and chokes at varying distances. When the magic moment of a trigger squeeze arrives, you want to be as ready as possible.

Essential Gobbler Gear
1. Sharp folding knife
2. Face mask and gloves (it’s not a bad idea to carry spares of each)
3. Compass or GPS
4. Spare shells (three to five should be enough)
5. Water bottle
6. Insect repellent or Thermacell unit
7. Basic first aid kit
8. Flashlight
9. Pruning shears
10. Calls of severaltypes, because what trips a gobbler’s switch one day may well be greeted by silence the next. Try to carry and be reasonably proficient on at least three of the five basic types of calls—boxes, slates, tubes, suction yelpers, and diaphragms
11. Call care kit (chalk for boxes, sandpaper for friction calls and strikers, rubber bands to keep boxes closed)
12. Locator calls. There are many kinds of locator calls that will, at times, elicit a response. The three most widely used are crow, hawk, and owl locators
13. Folding seat with a carrying strap