Made in the USA: Crooked Horn Outfitters

Crooked Horn Outfitters was launched in 1989, when Lennis Janzen designed a fanny pack for use by the U.S. Forest... 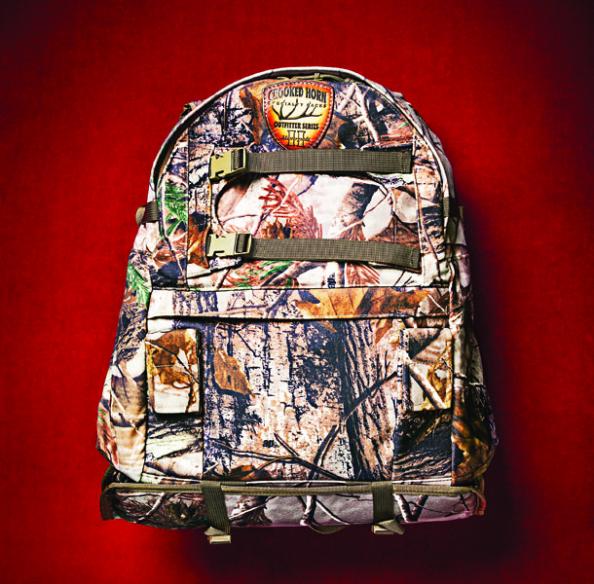 Crooked Horn Outfitters was launched in 1989, when Lennis Janzen designed a fanny pack for use by the U.S. Forest Service. In 1990, he unveiled a new type of binocular-­carrying system unlike anything seen before.

An Unsung Original
The company’s success–and its designs–did not go unnoticed. A strong argument can be made that the current craze in high-end packs can be attributed to Janzen’s designs. Yet Crooked Horn has never achieved much brand recognition, and you won’t find many Crooked Horn products on the shelves of major retailers.

“It’s because we’re American-made,” says Janzen. “The margins aren’t what those big-box stores want. So the stores take the designs and the ideas, copy them, source them in China, and put their own labels on them.”

Flip open any major retailer’s catalog to the optics section and you’ll see binocular harnesses that look remarkably similar to Janzen’s original design. Cabela’s and Bass Pro Shops, for example, both offer harnesses under their own labels. Both are made overseas.

“That’s what American manufacturers are dealing with. It’s not just China. It’s companies here in America taking the ideas of others, producing them in China, and eliminating the opportunities for American companies,” Janzen says. “The Bino System–just one product–used to require 20 employees year-round. Now, it accounts for two.

“When was the last time you heard a company say its products are ‘Proudly made in China’ ? ” Janzen asks. “We have the American flag on our tags. But here’s a really sad admission: It’s almost impossible to find an American flag patch to put on our packs that’s not made in China.”