In many places, deer hunting peaks in November. Between the rut and annual gun hunts, the month is busy for... 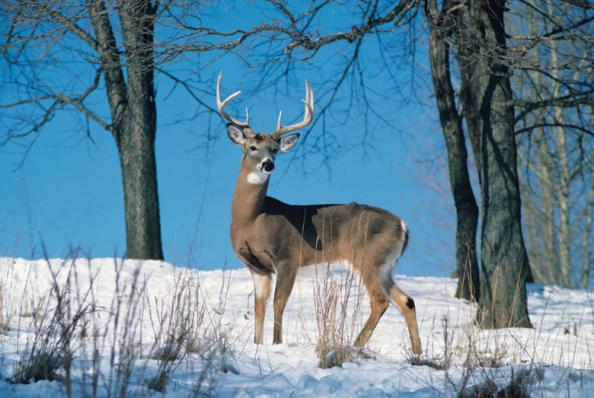 In many places, deer hunting peaks in November. Between the rut and annual gun hunts, the month is busy for whitetail hunters. But it doesn’t have to signal the end. Look to these six late, great, over-the-counter muzzleloader hunts to find seclusion, big bucks, and venison for the freezer.

Hunting after New Year’s Day? Ohio has it. Relatively mild weather is one attraction. So are Ohio’s big bucks, along with antlerless opportunities and lots of public land, including the sprawling Wayne National Forest, ample American Electric Power (AEP) Recreation Lands, and tens of thousands of acres of Ohio DNR ohiodnr.gov

Pennsylvania’s muzzleloader season is a purist’s dream: Only flintlocks allowed! With regular gun seasons long over, deer are back on-pattern, and fewer hunters take on the flintlock challenge. Abun- dant deer and state game lands offer good opportunity to enjoy a top-notch hunt and bring home some venison. www.pgc.state.pa.us

A lot of whitetails are shot in Wisconsin, and there are still plenty of deer roaming the state’s forests and farm- land come December. The Chequa- magon Nicolet National Forest totals more – than 1.5 million public acres. Head to the state’s western counties if you’re after the buck of lifetime. Set up between food a source and a bedding area. dnr.wi.gov

Want to really get away? Head to north- ern Minnesota in early winter. Deer do fine, bucks grow old, and you could hunt many lifetimes without re-tracing your steps. Load up a muzzleloader, cut a track, and walk up your deer. You can still do it here. Look to abundant public land in the Chippewa and Supe- rior National Forests (millions of acres), state forests, and tax-forfeited land dnr.state.mn.us