4 Unique Ax Heads and the Jobs They Do

Photo by Adam Levey 1. Pulaski Among the most recognizable axes is the pulaski, with a grubbing tool opposite the... 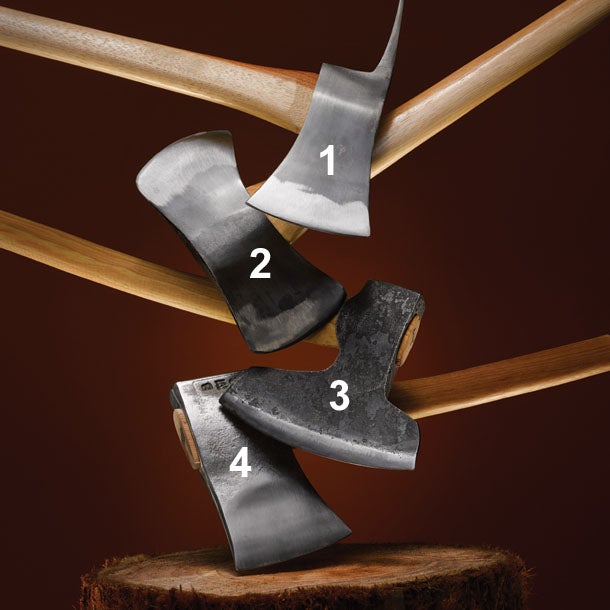 1. Pulaski
Among the most recognizable axes is the pulaski, with a grubbing tool opposite the cutting edge. It can drop trees and clear ground to establish firebreaks when fighting wildfires, and also excels for trail building in wilderness areas where the use of power equipment is prohibited.

2. Double-Bit
Foresters commonly put a fine edge on one blade of a double bit and leave the other a tad dull for “bumping” knots. This makes it more versatile than a felling ax, and it requires sharpening less frequently. The flat profile and relatively low weight make it a favorite with backcountry guides.

3. Broad
The cutting edge of the broad or hewing ax head ends in a blocky heel. Most broadaxes have relatively short handles and are designed to shape timbers for construction projects. Broadaxes have shaped bridge trestles, rail ties, and the masts of sailing ships. They’re unmatched for making smooth surfaces quickly.

4. American Felling
Originally made of two iron slabs hammer-­welded at the poll, the felling ax evolved to include a steel bit insert. The bit is designed to cut across the grain, and the head is relatively thin, to bite deeply. The haft is typically 30 to 36 inches long, and curved for control and to afford a long swing.