Lizard Head Wilderness, Colorado The soft patter of rain masked any mistakes as my partner and I tiptoed into position... 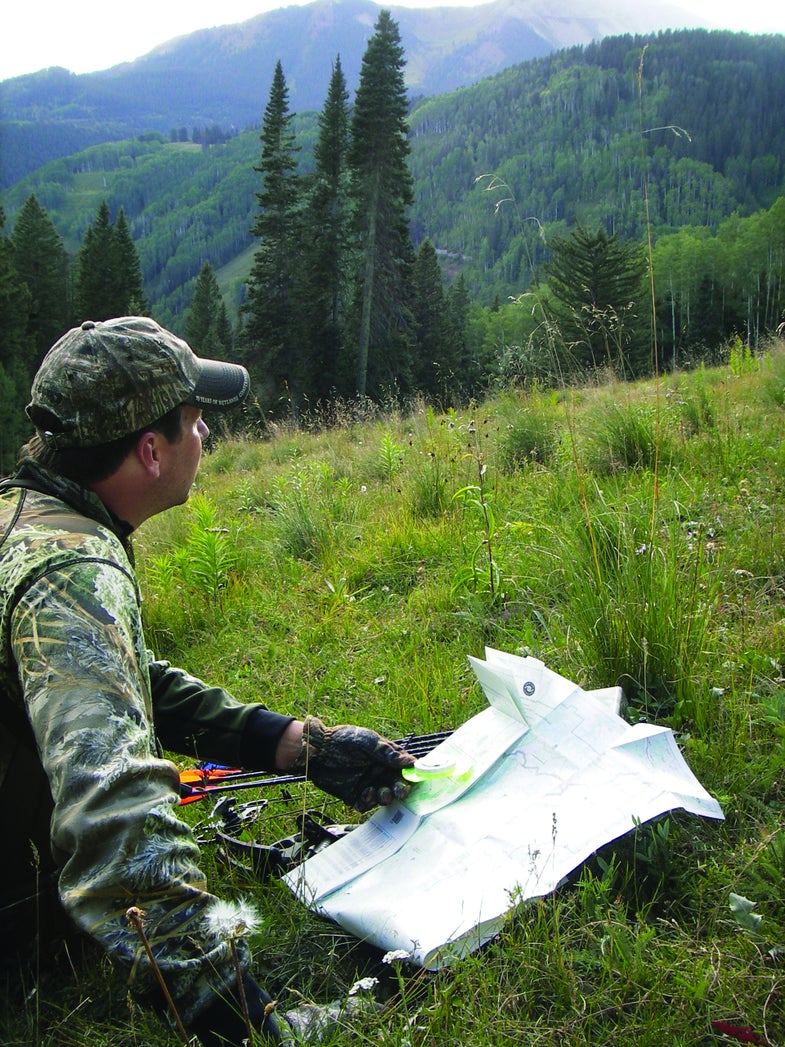 The soft patter of rain masked any mistakes as my partner and I tiptoed into position on the edge of a bowl of dark timber. The day before, we’d pulled a 6×6 bull from the gloam below, and although we didn’t get a shot, we didn’t spook him either. I sat behind a clump of sage 30 yards below my buddy as he sent a series of mews wafting into the wild. Movement caught my eye, but it was so close and low that my first thought was…field mouse. The rustling morphed into a tuft of hair, then a yellow, slitty eyeball. Moments later, the full face of a mountain lion materialized.

I screamed and levitated reflexively away from the beast. Luckily, the cat did the same. We parted ways without bloodshed, but now each time I call elk in the rugged Lizard Head Wilderness, I expect to see the face of a monster, not hunters or hikers. And that is precisely this public land’s allure. Named for the towering rock formation it resembles, the Lizard Head encompasses 41,000 acres in southwest Colorado. It hunts a lot bigger than it is, because it’s some of the steepest country in the Lower 48, containing three 14,000-foot peaks. It’s so rugged and heavily forested that even Colorado’s game managers admit that elk have the advantage; they allow unlimited over-the-counter archery tags. Its below-20-percent hunter success rate doesn’t stop the hardiest of us from trying to tag a backcountry bull here.

Elk hug the shadows like haints, haunting hunters occasionally with bugles that both mock and encourage. If you hear a bugle, use a favorable wind and race to it. You’ll need legs like a packhorse and lungs like an Olympic biathlete. In fact, the USA’s twin biathletes, Lanny and Tracy Barnes of Durango, grew up hunting the Lizard and credit it with their success. Mainly, you’ll need fortitude, because the country is rife with bears, cats, sheer cliffs, and whimsical weather. What you won’t see, if you get away from the trailheads, is a lot of people.