Hunting Whitetail Deer in The Weeds 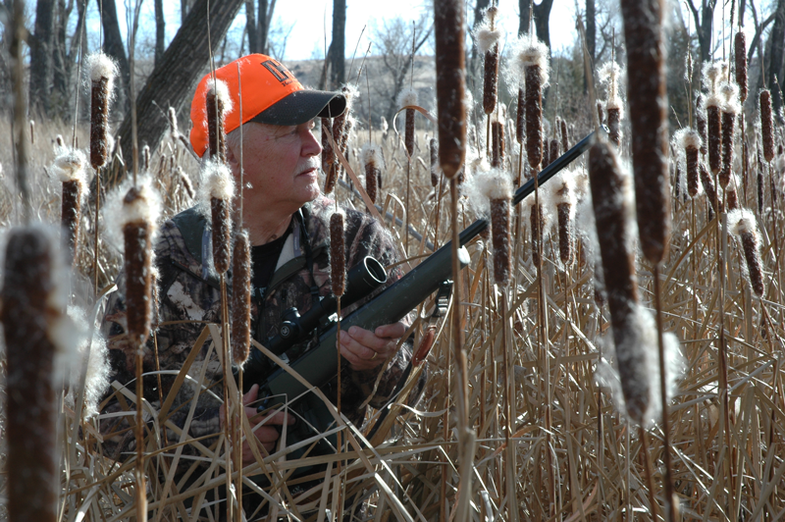 We thought Frank was lucky. One day, he shot a 9-point whitetail in its bed after spotting its nose above the grass. Another time, after Ron and I drove a small wood for him, he got a buck that erupted late from a weedy patch as Ron unloaded his .30/30. Later, it occurred to us that Frank killed deer where the rest of us didn’t think to look for them.

Primeval forests held few deer because their canopies shaded out the second-growth and low-growing plants deer eat. Logging, homesteading, and then farming reduced forests to islands that hid and fed deer. Hunters homed in on those islands, killing the bucks that fled there.

Natural selection has favored pheasants that hunker and punished those that flush. Likewise, deer in cover that doesn’t look like cover can outlive those hiding among trees. Last fall a pal and I strode through tall grass rimming a Dakota wood we were to push for others. Before we reached the timber, a fine buck sprang up. Instead of running toward the trees, it jetted between us, vanishing into weeds. Similarly, I recall a clan of Midwest hunters converging on an open knob for lunch, after coming up empty in the woods. Guns on the ground and sandwiches in hand, they gaped as a buck burst from the grass at their feet.

Easy to Ignore
The first whitetail buck ever to streak across my rifle sights came from grass, as have three of the last four I’ve killed. The fourth had found shelter in weeds during a squall, not far from a barnyard whose effluent fueled forests of lamb’s quarters.

Hunters ignore grass and weeds in part because they think if there are deer in there, they should be able to see them. Actually, deer trying to hide can hunker about as low as a rabbit. And a buck can crawl out of a tight corner. One gray day long ago, Ron churned gamely through a willow jungle as I eased along its edge. Instead of a deer bursting from the tangle, a shadow flickered at knee height. In my scope it became a buck, crouched low enough to slip under a rail fence. It moved toward my friend, then passed unseen a few feet from him and vanished in the marsh grass from whence it had come, silent as a fox, and just as near the ground.

Grass and weeds also go unnoticed because they don’t catch your eye. They’re background. Gaze across a prairie, and a lone cottonwood will grab your attention—though no deer will survive under it for very long. It’s a hunter magnet, as is a patch of woods hemmed by pasture. Sure, in a gale or under a blazing sun, deer seek protection in woods. And pressured bucks will slide into “hunter-proof” thickets, remaining still until nightfall. But where truly dense woody cover isn’t available, or when hunter traffic gets heavy there, deer head for less obtrusive places.

Look Low
On a dark dawn last fall, I watched two strapping bucks slip along a fence line away from cedars that offered concealment and thermal cover. Standing corn enveloped them as they bedded in the weeds and foxtail between the brittle stalks.

To see more whitetails, look beyond woody cover, and look low. Look not for deer but for antlers, ears, and noses. Bucks read the wind by poking their noses above thick grass. See a black spot? A glint from dull brown weeds? Look again. Mind places with easy escape routes, too: coulees, creek bottoms, fencerows, and broken landform, as well as standing corn. Consider hunkering in a grassland depression or in a patch of weeds near one of those dim deer paths threading through the pasture. Stay still. A couple of seasons back, I shot a whitetail buck from prone in short grass as he passed en route to a “no hunting” area. Even where woods hold deer, you can’t always shoot them there.

Wondering where other big bucks might be hiding? Learn how to hunt a barnyard buck.