Antlerless Deer: Which Ones, How Many, and When to Harvest Does

From state to state, and sometimes even county to county, America’s hunters tend to not agree on very much. However,... 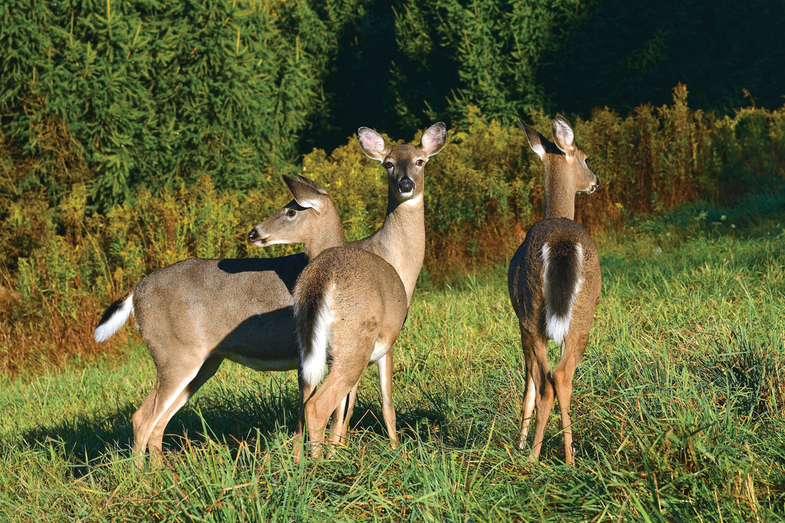 From state to state, and sometimes even county to county, America’s hunters tend to not agree on very much. However, we seem to be in agreement that deer numbers across the board aren’t what they were just a few seasons ago. In some places, we have fewer antlerless tags to fill. But where antlerless tags are still readily available, hunters wonder if they should continue with their established doe management strategy.

“There’s a rule of thumb that if you want to maintain the number of deer in a population, you need to take two thirds of adult does each year. If you want to grow the herd, you take fewer,” says QDMA biologist Kip Adams says.

“In some areas, it might be advisable to scale back on doe harvests. Does that mean that you shouldn’t target any antlerless deer at all? No,” says Adams. “If populations are at the desired levels, you want to keep them there. And the way to do that is by continuing to harvest antlerless deer in a sensible manner.”

Pick the Right Doe
What if you hunt in an area where deer numbers are down? How many does should you take? Are there specific antlerless deer that should be targeted? If so, when do you target them?

“If you go from taking 10 does a year to five, there probably isn’t going to be a big change in your strategy, ” Adams says. “Take the does that offer the best opportunity. I’m a big proponent of taking antlerless deer as early in the season as possible. It reduces the overall stress on the population and the food sources.

“It also means that following that disturbance, bucks will have an opportunity to calm down well before the rut, and I can focus on hunting them. Some guys think that if you have all the does during the rut, you’ll have all the bucks. Study after study has proven that simply isn’t true.”
For hunters who feel the need to scale back on antlerless harvests in an effort to regrow deer populations, Adams recommends targeting young deer.

“If you are trying to rebuild a population, I think it makes a lot of sense to protect your best fawn-producing deer. And those are adult does. This makes sense particularly in areas with high levels of predation. Adult does are better at protecting fawns from coyotes than yearling does are. So if you are going to greatly scale back your antlerless harvest but still want to take a few does, those young ones are the ones to take.”