Blood-trailing a marginally hit deer is an iffy proposition. If the blood trail is sparse and peters out after 100... 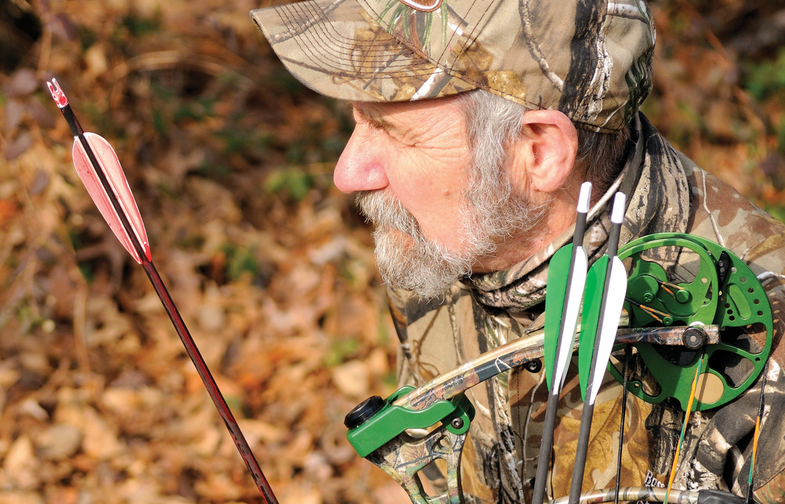 Blood-trailing a marginally hit deer is an iffy proposition. If the blood trail is sparse and peters out after 100 yards—or worse, seems to go on for miles and miles—you’re forced to decide whether to stay on the trail or give up the chase. Here’s how to increase your chances of blood-trailing deer successfully.

LEG HITS
A deer shot in the leg often exits the scene with an unusual gait. You might see blood on the leg, or you might see it hop or leap attempting to escape.

Your best chance for recovering a deer shot in the leg is to pursue the animal with vigor. Blood and scuffed-up leaves should give you clues as to the buck’s whereabouts.

LIVER HITS
The presence of dark-red blood is a dead giveaway for a liver shot. The rule of thumb is to wait an hour or two before picking up the trail of a liver-shot deer. Unless it’s disturbed, you should find the animal within 150 yards of where you shot him.

PAUNCH SHOTS
If you suspect you have a gut-shot animal, leave quietly and then wait at least six to eight hours before blood-trailing. A second, more difficult option is to keep the deer in sight all day long by being stealthy and using your binoculars. A deer hit in the paunch will bed down several times before expiring, and since there is often little or no blood, staying where you can keep an eye on him can be a wise strategy.

WHEN ALL ELSE FAILS

▶ Play it Straight: Wounded deer do not make many herky-jerky turns. They will most often run straight away on a path of least resistance.

▶ Flag It: Use toilet paper or orange surveyor’s tape to mark every drop of blood or other such sign.

▶ Slow and Easy: Don’t rumble along through the woods too quickly, and take only one or two other searchers with you.

▶ Get Tech: Products such as Primos’ Bloodhunter light and blood-tracking sprays can help when the trail goes cold.