A promising new pup makes his debut in the field 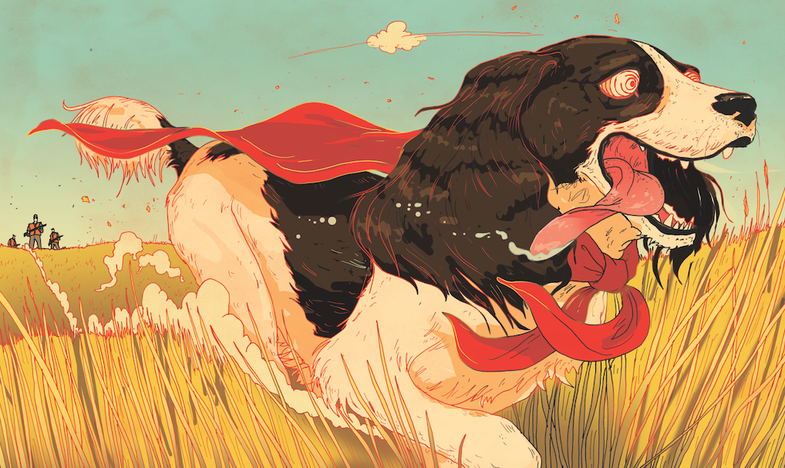 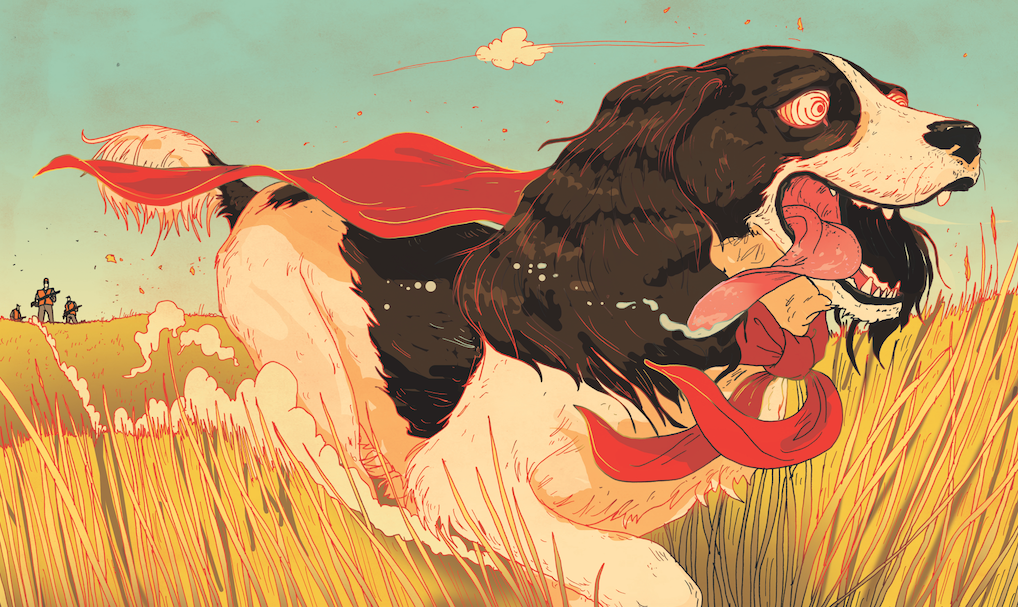 Elmo had the best nose in the tri-state area. Or at least that’s what Tom told me. And that’s only because he couldn’t say for sure about the other 47 states.

Elmo could wind a bird in a tornado, claimed Tom on the day I visited his kennel. I’d talked to him on the phone a few times to let him know I was an ambitious bird hunter who wasn’t afraid of a little legwork. I was in need of a serious dog to wow my buddies. Tom told me to come on down.

“Elmo! Where’s Elmo?” I heard him bellow before he hung up the phone.

I never did put much stock in the words of a braggart, but as long as it was about a man’s dog or child, I thought it excusable. Besides, Tom backed his stories with pictures—I saw piles of birds and Elmo, front and center, no bigger than a squirrel, his chest out. Tom said last year was just the windup for the Wonder Dog—this year there’d be no stopping him.

I saw Elmo for the first time when he came running around the corner of the kennel, leading Tom’s trainer. He sported liver spots on a cream body and a shaggy tail Tom said made him easier to spot from afar.

Elmo spied my open tailgate and made for it. Who was I to stymie this natural itch to hunt? Elmo was panting with his mouth open in a smile, looking at me longingly. I knew instantly we’d cover many miles together. I fidgeted with the money in my pocket, acting indecisive. Elmo was destined for bird-hunting history, and I was destined to have him. Five hundred dollars was big money, but for a dog like Elmo, it was a wonder Tom wasn’t asking more.

When opening day arrived at last, we met it at Baker’s Pond.

“He’s from a bona fide line of champions,” I told my buddies. “He’s fast as ’lectricity, and he’s got great range. Just watch.”

Before the tailgate was fully down, Elmo took off.

“Elmo!” I yelled, testing the reins. Elmo would’ve looked had he not been winding birds.

“You gotta trust nose and nature,” I assured them.

I saw a speck on the horizon lock up, stiff as a statue.

“Elmo’s got ’em!” Even from a distance, you could tell he was classically styled.

I ran for all I was worth. I knew when we got there the Wonder Dog would have ’em held. We hoofed it over one hill, spotting Elmo’s tail just as it went over the next. He’d point, we’d run, he’d break, and we’d keep running.

When you’re excited about a pup and a possible covey rise—man, you can cover some ground. Finally we climbed the tallest hill, but Elmo was nowhere to be seen. He was on point, no doubt, just out of sight. We simply weren’t used to a dog with Elmo’s nose.

We also weren’t used to being miles from the truck at dusk, with no birds or dog.

“The rangiest damn dog I ever did see,” added Bates, lighting a smoke in the fading light of day.

“He’s Elmo the Wonder Dog,” I said, kicking the dust. “And I wonder where the hell he is.”