How to Hunt a Mature Buck Near His Bedding Area

For bowhunters who have set their sights on a mature buck, October can be a time of great exhilaration or... 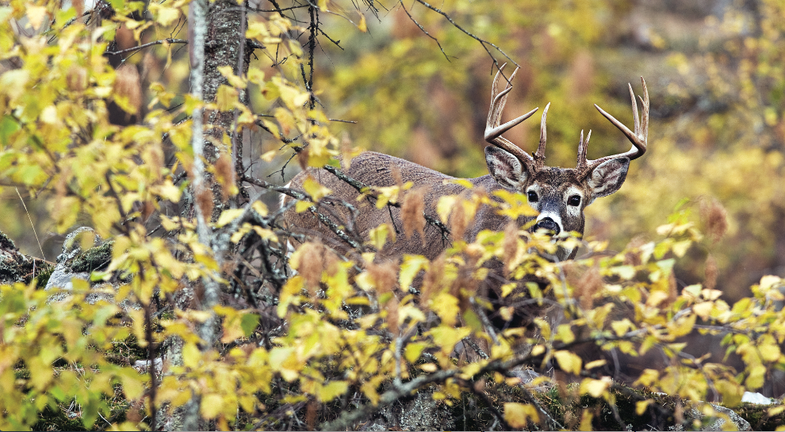 For bowhunters who have set their sights on a mature buck, October can be a time of great exhilaration or utter frustration. It’s now that the glimpse of a September trail camera giant can turn into weeks of where-the-heck-did-he-go irritation. Some refer to this time as the October lull, others simply chalk it up to being in the wrong place at the wrong time.

Whichever camp you fall into, know that mature bucks that have survived years of intense hunting pressure are masters of avoidance. They know how to duck, hide, sneak, creep, and seemingly disappear whenever they choose to. If your buck suddenly goes missing, quit playing coy. Push the envelope and attack those big boys with aggressive strategies. Now is prime time to attract, tempt, and fool bucks out of their core areas.

Attract
The tactic: Sweeten up your bedroom-edge setups with strategically placed food- or mineral-based attractants.

Why it works: Adding a mineral lick, salt block, apples, or one of the many whitetail attractants that are available today directly to the edge of big buck bedding areas can be a deadly plan. A well-placed attractant will often lure a buck from his bed earlier than usual during an evening hunt or at least stall a late-day shooter just long enough to create an opportunity.

Check your local regulations before using bait, minerals, and scents.

Tempt
The tactic: Play to a big buck’s stomach by convincing him that it’s perfectly safe to grab a quick snack close to his bedding area during daytime.

Why it works: In most zones, October is still not too late to plant a small, no-till ambush plot. Commercially sold seed blends work great, as do annual rye, oats, and buckwheat. These forage species will germinate quickly and grow almost anywhere—a decided plus when you’re trying to yank a good buck out of his darkened hide.

To make it work with minimal fuss and bother, use a rake to remove leaf litter and sticks from the plot site. Next, cut away overhanging branches that can potentially block sunlight. Plant an easy-growing food plot blend, add some fertilizer, and you’re good to go. These ambush plots create a false sense of security that can entice a wary buck to show himself when there is good shooting light available.

Fool
The tactic: Attack a nocturnal wall-hanger’s nose and ears simultaneously to persuade him to leave the safety of his bedding area.

Why it works: Construct a mock scrape along the perimeter of a buck’s bedroom, and utilize transitional calling sequences to coax him out of his protected daytime sanctuary. During the pre-rut transition, apply straight (non-rut) buck or doe urine (where legal) or scrape starter to field edges, and use nonthreatening vocalizations such as social grunts. As the rut nears, switch over to dominant buck and estrous-doe scents, and get more aggressive with your calling. Try agitated buck grunts, snort-wheezing, and rattling to fool him right off the bed.