Tips for Blood Trailing and Recovering Game: What to Do Before and After the Shot

Few things in hunting are more frustrating than losing an injured animal. For most, an animal is “lost” when the... 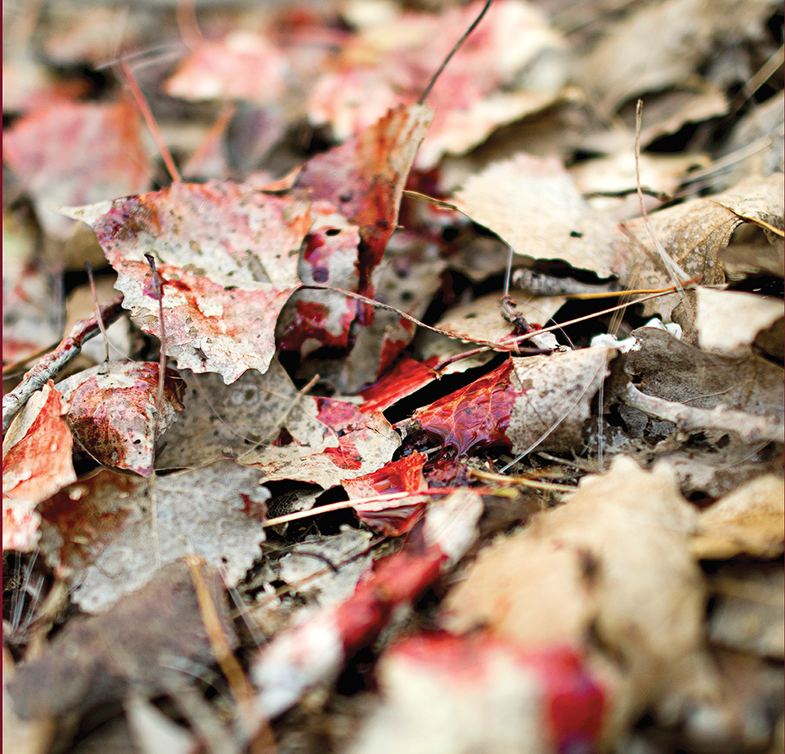 Few things in hunting are more frustrating than losing an injured animal. For most, an animal is “lost” when the blood trail dries up and they are left to search in vain for the next clue to the animal’s direction of travel. In reality, losing the blood trail marks the end of a long series of events that can include a bad shot, improper bullet or broadhead performance, flushing injured game from its bed, overlooking clues regarding the type of injury, and so forth. Quite often it is only at the end of an empty blood trail that we recognize the mistakes that were made, and at that point it’s too late to fix the problem.

In many cases, hunters can prevent the loss of injured game from happening through preparation and knowledge. You can’t guarantee that every shot you take will result in a quick, clean kill, but you can stack the odds in your favor by focusing on these key elements before, during, and after you take the shot.

Before the Shot
▶ Practice proper shot placement: This seems axiomatic, but too many hunters spend too little time at the range prior to the season. You must build the confidence required to make a lethal shot when the opportunity presents itself. It’s fine to sight-in your firearm or bow on a bull’s-eye target, but the bulk of your practice should be on targets that resemble your quarry.

▶ Know your bullet or broadhead: Caliber or draw weight is not the only factor that affects the lethality of your implement. You need to know how it will perform on game. When you find what works, stick with it. Today’s crop of new bullets and broadheads are better than ever, but take the time to ensure that they will work properly for you.

▶ Know the range: Most hunters practice at very specific ranges and know how their weapon will perform at that distance. It is important, therefore, to know exactly how far away your game is when you plan to make the shot. A rangefinder is essential, but in many cases (particularly for bowhunters), you might not have time to range your quarry in the seconds before a shot. Spend time ranging various things from your stand or hide and use those visual keys to know how far away the game is when it appears. Be prepared to make a quick shot, but know your limits. If the quarry is outside that range, it’s off-limits.

▶ Pack the essentials: ­Reflective tape is inexpensive and a great aid in marking a trail, so you need to have some in your pack. It allows you to visualize the animal’s flight path and serves as a reference on the trail, plus it’s a much better method than dropping gloves and gear along the track. If you do need to call in extra help, you’ll be able to get back on the trail immediately once the cavalry arrives.

▶ Clear the debris: When you select your stand location, take the time to clear shooting lanes properly, both while you’re on the ground and after climbing into the stand. Many wounded animals are lost because an undetected obstacle causes the bullet or arrow to veer off course. Walk down your shooting lanes and clear out anything that could potentially cause a miss.

At the Shot
▶ Breathe properly: During an intense encounter, physical reactions to stress can limit your ability to respond appropriately. One element to maintaining composure is controlled breathing. Heightened anxiety causes rapid, shallow breathing, which will compromise your ability to make a clean shot. Learn to control your breathing when you shoot. Take deep, slow breaths and focus on your target. This small step often means the difference between an accurate shot and a wounded animal.

▶ Gather intel: When you shoot at game, you might only have a second or two to gather information about the shot and the animal’s direction of travel. If it runs, take time to identify landmarks along its route and commit them to memory. I once nearly lost a deer at the edge of an open hayfield because I couldn’t identify exactly where the animal had been standing when it was hit or the path it took when it bolted after the shot. This should be your first priority. Don’t let the excitement of the moment overwhelm you. The terrain will look different when you are on the ground versus in your stand, so look for fixed points of reference.

▶ Pay attention to angle: Broadside shots are best, of course, but oftentimes that’s not how the animal presents itself. Even a slight angle can send your bullet or arrow off course, so don’t take a shot if the animal is quartering toward you or away from you. This takes great patience, but it’s vital to making a clean shot.

After the Shot
▶ Don’t rush: This is one of the most common mistakes hunters make, even those with a great deal of experience. It can take anywhere from seconds to hours for an animal to expire, so don’t be in a rush. Spooking wounded game will extend the search and may cost you in the long run.

▶ Use a scientific approach: Your first goal is to identify where the trail starts. Every few feet, mark the trail with tape and take time to examine the blood. If it’s frothy and contains pink tissue and air bubbles, it’s likely lung blood, which is great. Red muscular blood can indicate a heart shot or a marginal hit in the shoulder. Bits of fodder and green material mean you’re likely looking at a gut shot. Track slowly, marking locations where you find blood. Don’t proceed unless you have clear evidence that the animal went in that direction.

▶ Stay off the trail: Work from either side of the blood so that you don’t obliterate the trail. You might need to come back and reexamine areas where you’ve already searched, and that minute drop of blood that would have shown you the animal’s course could be lost if you walk through its path. Avoid massive search parties—one or two experienced trackers will often be more successful.

▶ Look for hidden clues: Many hunters focus solely on the ground, and this means missing blood on standing brush and tall grass. These traces will also help you identify how high the shot was relative to the animal’s body. Aside from blood, look for broken branches and grass, tracks, and any other sign that could be easy to miss.

▶ Get high-tech: There are a number of new products that could help you find a lost animal. Blood trailing lights like the Primos Bloodhunter HD amplify blood and make it much easier to see in low-light conditions. Thermal imaging cameras like the FLIR Scout display “hot” points where blood has dropped in the grass, making it easier to identify the animal’s path of travel. A few squirts of luminol mixed with water from a spray bottle can help reveal blood in the dark.

▶ Understand forensics: Crime scene investigators learn to read blood patterns, and you should too. When blood drops fall, the shape of the mark they leave is relative to the direction of the animal’s travel, and these subtle clues can point you in the right direction. Round blood drops have fallen straight down from above—a sign the animal was standing still. As a wounded animal runs, blood drops will splatter and elongate with the speed and direction of travel. The “tail” of a blood drop indicates the direction the animal was traveling, so use these tails as arrows to point you toward your lost game.

▶ Call in the dogs: Where ­legal, blood-trailing dogs are a beneficial aid for finding lost game. But as time passes and as human trackers compromise the scent trail by walking back and forth over the track, the trail becomes harder and harder for a dog to follow. If the trail can’t be easily identified, call in the dogs while there’s still a chance of finding your game.