Four skills for the best fall of your life 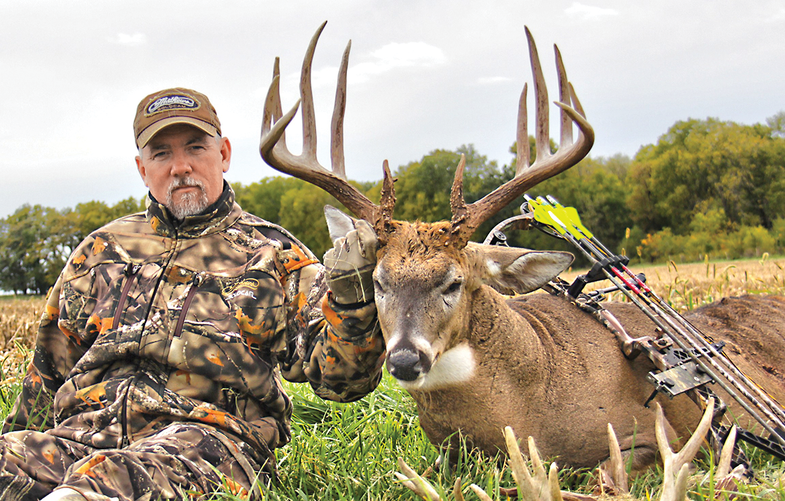 The whitetail rut, like a first date or the kickoff of college football, is a feverishly anticipated but ultimately fleeting event on the serious deer hunter’s calendar. We dream of it, eventually dive into it, and then before we know it, we’re mourning its passing. And with this tight time frame comes significant pressure to make the most of those few precious days of whitetail magic. As if the time constraints weren’t enough, tack on all of those early-morning wakeups, painfully long sits, and cold temperatures, and things can get pretty stressful. Luckily, non-hunters have devised a handy set of tricks that are perfect for tackling just such a problem. They’re called “life hacks.”

The Rut Revisited: How to Calculate the Right Time and Place to Hunt

Life hacking, as defined by the collective wisdom of Wikipedia, is the use of “any trick, shortcut, skill, or novelty method that increases productivity and efficiency.” As might be expected, most of these are designed to help with such things as reading email faster, checking more items off your to-do list, or getting promoted before your peers. Here are four such hacks that can make you less stressed and more productive while hunting the rut.

Hunting all day during the rut can be a dynamite tactic for catching big bucks cruising at midday, but very few of us actually enjoy that full day of sitting in a tree. It’s tough. That said, life hackers have a trick for dealing with large, overwhelming tasks like this, and they refer to it as “chunking.”

To chunk something—whether it is the task of writing a book or spending 13 hours on stand—break it down into smaller, manageable pieces that can be worked on one at a time, making the larger task feel less daunting.

Randy Hynes, an Illinois bowhunter and founder of 365Whitetail.com, uses chunking to remain vigilant on stand during his annual all-day hunts.

“During the rut, I prefer to ward off mental fatigue by focusing on one segment of time—10 a.m. to 2 p.m.,” explains Hynes. “During this four-hour time slot, I seldom sit down and I remain on high alert. Historically, I’ve seen the majority of mature buck movement during this time frame.”

Hynes then breaks the rest of the day into smaller segments before and after the 10 to 2 focus period, during which he occasionally rewards himself with a snsck of fruit, nuts, jerky, or a protein bar.

This can be applied to hunting the rut. Have you ever noticed that during this time, most of your sightings and successes each year end up coming from just one or two of your best stands?

Bernie Barringer, author of The Freelance Bowhunter, has seen something similar over his years of hunting the rut across the Midwest, and it’s led to a strategy that takes advantage of this principle. When first stepping foot on a new property, Barringer will spend the first few days scouting or hunting from observation stands in order to learn how deer are behaving and where the absolute best stand sites might be. Only then will he commit to diving into the prime spots.

“Throughout the week, I’ll narrow it down,” says Barringer, “and after three or four days, I’m usually pushing all my chips into one spot and going all in on a single tree where I think it’s going to happen.”

You can apply the 80/20 rule to your own hunts during the rut by not wasting time hunting all over your property, chasing “greener grass,” and instead focusing your efforts on the top couple of stands that history and scouting have proven to be in the best locations.

For some hunters, it happens in the morning before heading out, for others it happens at night before bed—but regardless of when it happens, a serious case of stress when trying to decide which stand to sit is an aggravating situation many of us can relate to.

The discomfort or exhaustion we begin to feel after being faced with tough decisions, day after day, is a common phenomenon encountered by hunters and non-hunters alike, and it’s referred to as “decision fatigue.” To battle this stress exaggerator, life hackers develop systems or templates for making simple decisions faster and easier.

Justin Zarr, co-host of the popular online video series Bowhunt or Die, has developed just such a system to keep his stand site decisions simple.

“I’ve been doing this for years by making a spreadsheet that lists the name/location of the stand and then giving it a grade for both wind direction and time of day,” Zarr says. “Making this list also helps me identify situations for which I lack the proper stand coverage. There’s nothing worse than coming up with a great plan for an afternoon hunt only to come to the realization that none of your stands are set up for the current wind direction.”

By organizing your stands by wind direction, time, or other factors, you can simplify and speed up your stand-sitting decisions each day during the rut, and significantly reduce stress.

After lots of early-morning wakeups and full days on stand, the rut has a way of wearing a hunter down and making each subsequent hunt more difficult. A life-hacking solution practiced by thousands of non-hunters looking to improve their daily productivity can help in this situation too, and that solution is to establish a morning routine.

In other words, having a consistent routine that gets your mornings during the rut started off right is crucial to making it to the stand on time, with the right gear, and in the right frame of mind.

Don Higgins, an Illinois bowhunter and outdoor writer, has found that for him, the key is to avoid the temptation to sleep in a day or two. Instead, he sticks to a routine.

“I find it easier to get up early each day rather than tougher,” explains Higgins. “I start hunting mornings (and waking early) around the third or fourth of November, and then I just stick with it until after Thanksgiving weekend.”

Develop a set of specific morning tasks you need to complete each day before heading out to hunt, write down a list of the gear you need to make sure is packed, and decide on a time you’ll wake up—and then stick to it all during the rut.