The Do’s and Don’ts of Dealing With Trespassers

If you own or lease hunting property, you’ll inevitably have to deal with trespassers. Here are some do’s and don’ts... 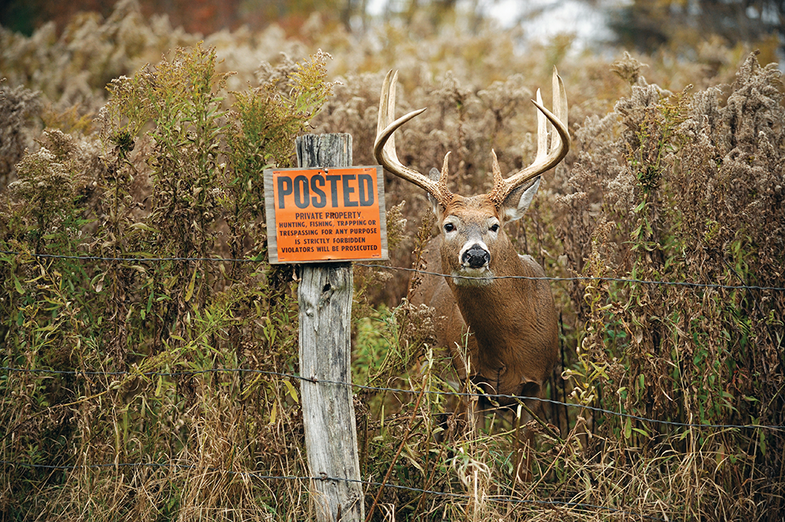 If you own or lease hunting property, you’ll inevitably have to deal with trespassers. Here are some do’s and don’ts on preventing trespassing and handling violators effectively.

DO: Post Your Property
While many states don’t require “No Trespassing” signs to be erected, it’s still a good idea to annually post the property. It lets everyone know you’re serious about trespassing and that you won’t tolerate interlopers.
Place highly visible signs around the perimeter of your property, and then walk it to ensure no one can access your land without seeing at least one sign. Some states have specific requirements for how large signs and lettering must be to serve notice legally, so adhere to your state’s posting laws.

DO: Create a No-Trespassing Cooperative
Talk with neighbors before hunting season to review property boundaries and devise monitoring strategies to prevent trespassing. Doing this also provides the opportunity to discuss and reach a consensus on how to retrieve a wounded deer in the event that it dies on neighboring land.

DON’T: Try to Detain a Trespasser
While it’s extremely frustrating to catch someone on your land, most states consider trespassing to be a relatively minor offense (a misdemeanor crime). It’s not only illegal to detain someone for trespassing, but it can be dangerous. A Michigan conservation officer put it this way: “The violator is likely to be armed, and if they’re willing to trespass, what other crimes are they willing to commit?”

If you lease property, talk with the landowner about how he or she wants to deal with trespassers. This prevents confusion and ensures that you’re not overstepping your rights if you try to prosecute trespassers.

Recommended for You: Stories of Our First Deer

DON’T: Overreact
When you catch a trespasser, it’s normal to feel angry and violated—they’re on your land (or land you leased) and probably up to no good. Inflammatory statements can only make things worse.

“A mistake I see landowners make is that when they confront a trespasser, they immediately tell them, ‘You’re in trouble and I’m going to call a conservation officer,’” says Major Terry Hyndman, operations commander for the Law Enforcement Division of the Indiana Department of Natural Resources. “That just warns the guy of what’s coming and leads to arguments.”

DO: Collect Evidence
If you catch a trespasser, assist law enforcement by taking a photo of the violator and/or their vehicle with your smartphone. Record the date and time of the incident, what the violator was wearing, and any other details that will help identify the perpetrator(s).

One of the best ways to identify trespassers is to capture their photo with a game camera. Conceal cameras by placing them 15 feet off the ground and point them downward at common entry and exit routes. You can also use game cameras to prevent trespassing.

“I put dummy cameras up where trespassers can see them, and then I hide a real camera and point it at the dummy camera to snap pictures of anyone vandalizing the dummy,” says Dan Perez, bowhunter and co-owner of Whitetail Properties (whitetail properties.com). “I also put up signs that indicate the property is under electronic surveillance, which may make them think twice about trespassing.”