We look at some of the strangest laws on the books, and how they compare to modern regs 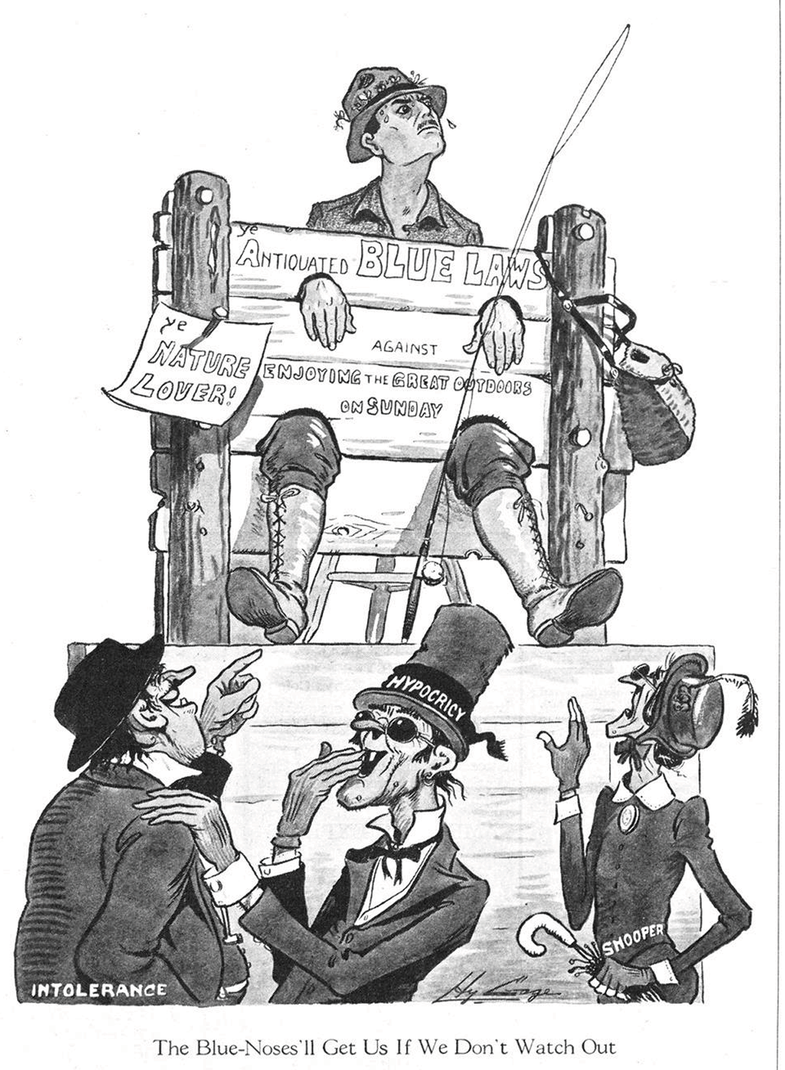 While most readers dive into back issues of Outdoor Life for the old hunting stories (and for good reason—there are some good ones from the likes of Jack O’Connor and Fred Bear), we also have 124 years of hunting and conservation history on the books. Here’s a look back at three topics we tackled back in the day (and one hunters are still dealing with).

This editorial cartoon accompanied a hilariously scathing editorial by Harry McGuire, OL’s then secretary. It was sparked by a news article about a 17-year-old Pennsylvania boy who was sentenced to 25 days in jail for fishing on a Sunday. “‘I hadn’t even had a bite yet,’ the lad lamented as he was led away to jail.”

“Most sportsmen are individualists,” writes McGuire. “If they didn’t love freedom—if they weren’t more than ordinarily independent and fair-minded—they wouldn’t be American sportsmen… Do they think the commandment ‘Remember the Sabbath day to keep it holy’ means healthy, clean recreations like hunting and fishing are outlawed by God, in order to make Sunday safe for tea-drinking gossips and their holier-than-thou pleasures? By what law of reason is it right and just in the eyes of God and the commonwealth that fishing should be any more wrong on Sunday than walking, or eating cake, or riding in automobiles?”

Unbelievably, there are still a few states that hold on to Sunday hunting laws. We thought these regulations were outrageous in 1929, and 86 years later, several states still impose restrictions—if not outright bans like in Maine—on Sunday hunting, according to the National Conference of State Legislatures. 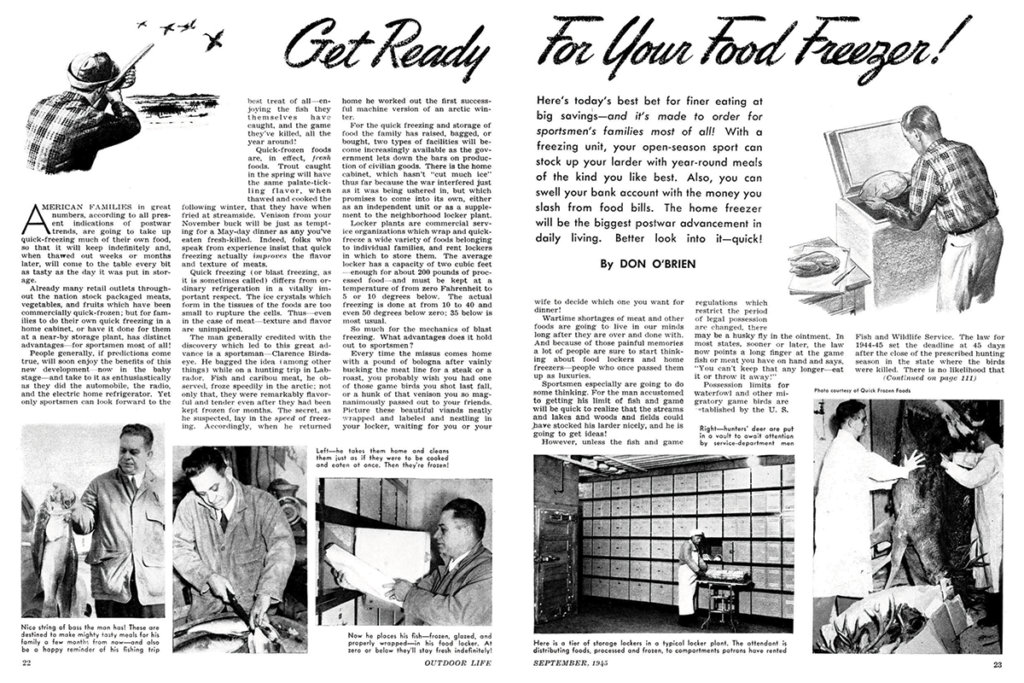 A list of regulations pertaining to wild game storage.

“Filling the freezer” is the meat-making mantra hammered into hunters’ heads these days. But prior to the introduction of the home freezer, most states outlawed the possession of wild game starting a certain number of days after the season ended, to help thwart out-of-season poaching. As the home freezer was popularized, many states were slow to update regulations. OL tallied those that lagged behind, calling on readers “to demand sensible revision of game-possession laws wherever they…have outlived their usefulness.” In 1945, only 12 states had no time limit on game-meat possession. All other states imposed limits that ranged from zero days after the season’s close (eight states) to opening day of the following season (one state at the time; some follow this law today). 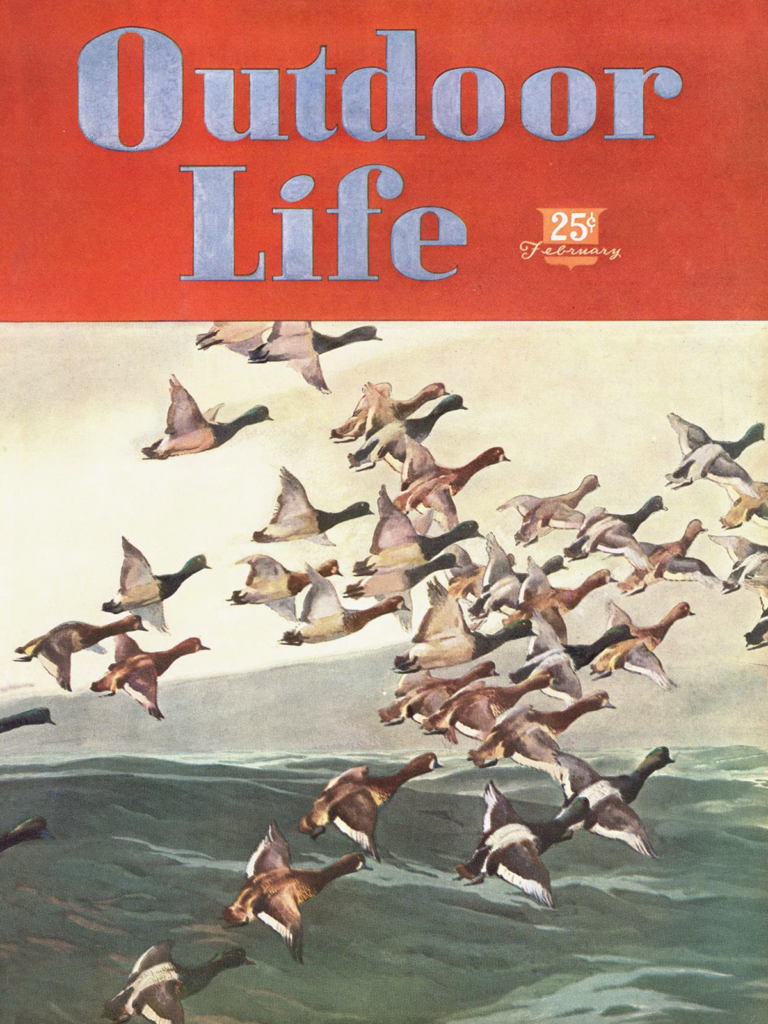 “OL has ever preached the gospel of safe and sane conservation,” reads an editorial from 1924. “‘Conserve’ is a better word than ‘prohibit.’ We shall continue to advocate that the federal bag should be placed at 15 per day, with a limit of, say, 90 ducks per week.”

At the time, it was legal to take 25 ducks per day if state limits weren’t in place. The editorial breaks down the math: A daily limit of 25 ducks worked out to 2,675 birds that could theoretically be killed each season by one hunter. This was already curtailed from previous daily limits of 100, then 75, then 50 ducks. OL crusaded for lower limits for a decade, until the 15-bird limit was approved.