A new treasury of some of OL’s most cherished stories—now in their original, unedited form—joins the family. 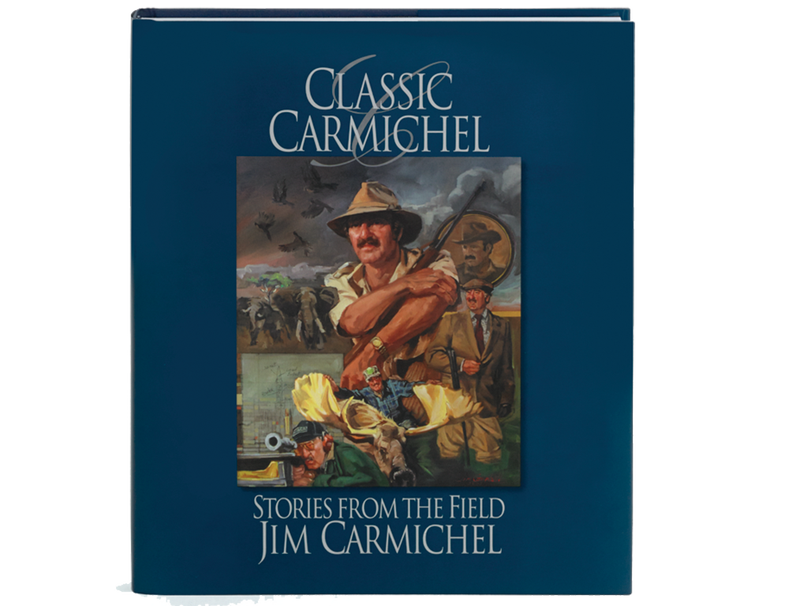 During nearly four decades as the Shooting Editor of Outdoor Life, Jim Carmichel wielded tremendous influence through his writing, both on his audience and on the shooting industry at large. He was known to entertain, infuriate, enlighten, and incite—sometimes all within a single column. He also hunted the world and wrote about his adventures at the historical apex of international big-game hunting. As such, he recognized and embraced a unique opportunity to regale his readers with some of the most rich and compelling material a gun writer could ever hope for.

Yet the published versions of many of Carmichel’s columns and features—as captivating and acclaimed as they were—did not meet their author’s expectations. The manuscripts he submitted over the years were often quite different than what ran in the pages of Outdoor Life. As one of his editors, I can attest that some pieces were, shall we say, a bit indelicate. A new book, Classic Carmichel ($50 or $75, Sporting Classics Press), brings to the printed page some 30 Carmichel articles as they were originally penned: “Raw, unedited, and, at times, profoundly politically incorrect,” as Carmichel writes in the book’s introduction.

Carmichel fans will be delighted to know that many of his most famous stories are included, among them “When a Lion Comes to Kill You,” “Saga of the White Ram,” and “The Great Jonesboro Pigeon Shoot.” In addition to 363 pages of classic (and uncensored) Carmichel yarns, the weighty volume contains dozens of photos—many of them in full color—from his travels.

Just as the long-form hunting adventure story has become harder and harder to find, writers like Jim Carmichel are as rare as a month-long safari. But in Classic Carmichel, you can read one of the greats—and in the form the author always intended.