How to Create a Sanctuary to Draw and Hold Older Bucks

Want to routinely kill older whitetails? Then give them a place where they can age 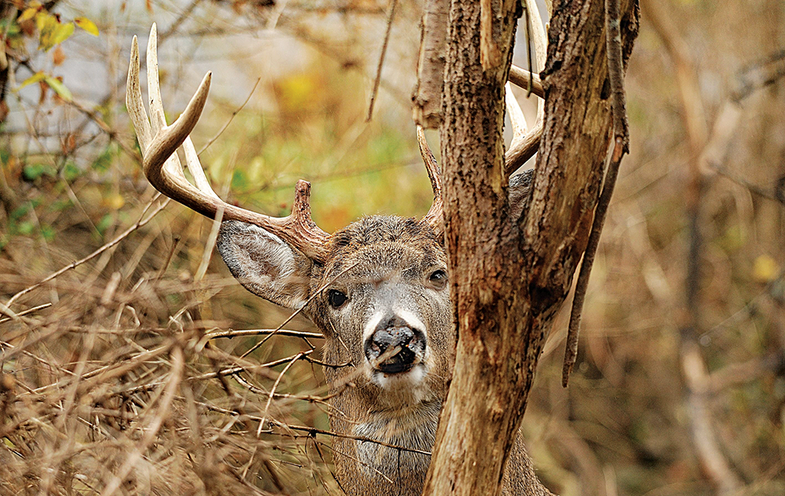 The secret to killing big deer in areas where few of them exist isn’t much of a secret at all, but it’s something that few people are willing to do: Leave them alone.

Living in hunter-dense southern Michigan, I like to think that I’ve earned my Ph.D. in pressured whitetails. Michiganders kill a healthy percentage of yearling bucks each season, and do a pretty fair job of polishing off the survivors as 2-year-olds the following season.

The common thread in all of those bucks: sanctuary.

To kill mature deer in pressured areas, you have to have some mature deer around. That is far and away the most difficult (and critical) part of the equation.

Creating a sanctuary doesn’t have to be difficult. Simply designate an area of the ground you hunt as a hands-off zone. Start by looking at an aerial image of the property you hunt. Identify the predominant wind direction. In my area, we tend to receive westerly winds most often. With that in mind, I’ll look to the east boundary and identify the very best cover. That’s the sanctuary.

You’re looking for places where deer will bed, where they’ll run to when hunting pressure increases, where they can hide. And it absolutely must be on the downwind side of every stand location you plan to hunt.

The goal here is simple: Create and/or designate an area where deer will not see, hear, or smell you or any other humans.

In practice, that’s virtually impossible. My best sanctuary area here in Michigan has a half-dozen treestands lined up along its east boundary.

Neighboring hunters know I see good bucks and they know those bucks are living in that sanctuary. So they hunt tight to the line, yet they don’t kill those deer. Why? Because the deer in that sanctuary can see them, hear them, and smell them.

Those neighbors are actually serving to make my sanctuary even better. Deer feel safe inside it. They feel safe moving in every direction but east. And you can guess in what direction my stands are located.

Use your flagging tape to mark the perimeter of the sanctuary area that you’ve chosen. Do it now. The sooner you set that area aside, the sooner deer will begin to understand it’s a safe place.

Never step foot inside that boundary again. If you must enter to retrieve a deer, try to do so after dark. No shed hunting. No scouting. No activity. Period.

Keep your stand locations as far away from the boundary as possible. I try to keep lung-shot deer from making it into the sanctuary, thus my stands are going to be roughly 60 to 80 yards from the sanctuary’s boundary.

If you have the option of doing some habitat work, consider removing mature trees from around the sanctuary perimeter to allow more sunlight to reach the forest floor, and do the same on the sanctuary interior during the summer months. Hinge-cutting smaller trees can be beneficial as well. Planting shrubs like highbush cranberry can give you long-term cover as well. Create a thick, nasty wonderland. Mark it off. And then leave it alone.

Eye in the Sky

When you create a sanctuary, use the Google Earth app on your phone. This will give you detailed aerial images of the boundaries of the sanctuary, as well as prime downwind stand sites. You can use an app like Primos’ WindChecker to get real-time wind direction references.

Deer find sanctuary in unexpected places. Any tangle of briar or cattail slough is probably used as escape cover.