The rut. Just writing the words produces a shudder of gleeful anticipation. The plan is simple: If it’s daylight, go... 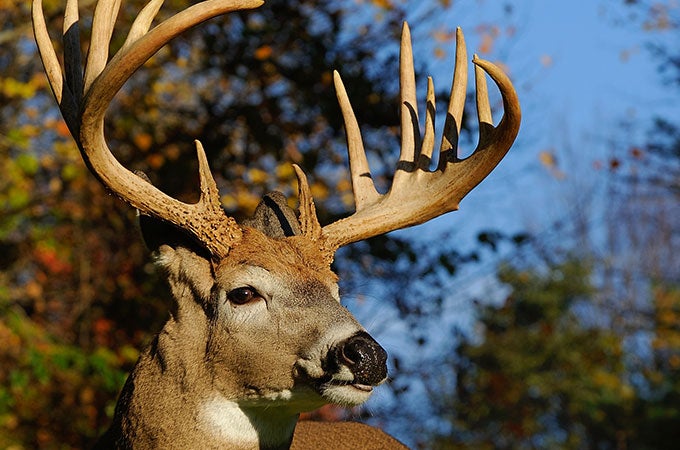 Just writing the words produces a shudder of gleeful anticipation. The plan is simple: If it’s daylight, go hunting. There can be no more elaborate plan because the rut generally follows no script. It’s exciting.

The early season (in Michigan, our season opens on October 1) requires a bit more forethought and might even provide a better opportunity for killing a giant, thanks to pattern-based strategies. But there are choices to be made, and a plan to be laid.

If your scouting efforts have revealed a shooter on a solid pattern in daylight and the weather conditions are right, it’s time to take advantage of the situation. Just understand this: As soon as you start to apply pressure, deer will begin to react. If, however, you’re capturing only nocturnal movement or haven’t pinned down a pattern, your best bet is to ease into things.

Observation stands situated in areas of high visibility can be dynamite, particularly if you know there will be moderate to heavy hunting pressure on neighboring land. You aren’t sitting this stand to kill a buck—you’re sitting it to gather the information needed to kill one in the coming days.

The opening week of the season requires a delicate balance of aggression and passivity. Hunt hard, but hunt smart. 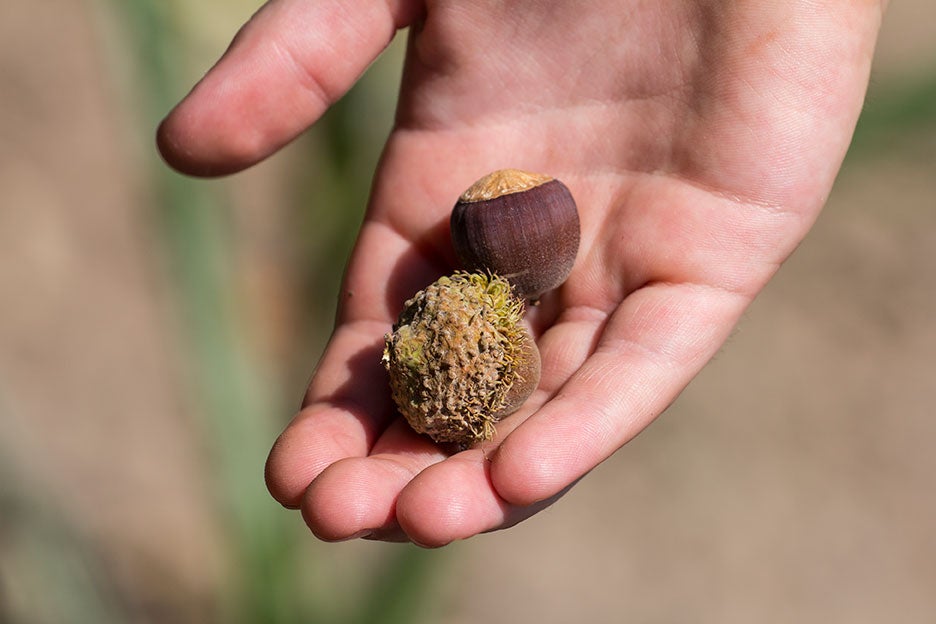 Early-season whitetails will seek out the best available food sources and fresh acorns are at the top of the list.

During the first week of the season, I’m highly reluctant to hunt mornings. The evening sits are simply too good, and I don’t want to do anything to disrupt that bed-to-feed pattern.

By the second week, however, I’ve learned more about the current patterns of the local deer population and, living in an oak-rich region, I know the acorn “bite” will be on. Morning sits can be productive at this time. Regardless of the food situation where you’re hunting, you’ve had a week to decipher what the deer (and your trail cameras) are telling you. Take advantage of it now, because things will soon change and all of that information will be irrelevant.

The third week of the season is usually when social media posts start featuring the words “October lull” on a daily basis.

Personally, I don’t buy into the notion of a lull. I simply think this mid-October period is a time of serious transition and reaction. Food sources are changing rapidly, and cover preferences are changing too. And, of course, hunting pressure has ramped up and is causing plenty of change as a result.

Now is when I’ll switch from hunting food sources to hunting areas of transitional cover tighter to bedding areas and security zones. This is also a week when I’ll let key areas rest.

I’m a firm believer that old bucks that are heavily hunted will relocate to areas of less pressure at some point in October. If they can live there unmolested until around the end of the third week of October, those deer are reluctant to leave with the rut drawing near. They’re there to stay for the rut, and that means you’ve got them right where you want them.

Hunting on top of a food source can still work, but your odds of encountering a mature buck in daylight are greatly reduced now and, of most consequence, the odds of your hunting those deer without their knowing it are slim. Scrapes are starting to pop up now, as well as defined rub lines. That’s a key bit of information.

Research has proven that mature buck activity increases steadily throughout the month of October as the rut draws near. The difference now is that most activity will occur after dark and most daylight activity will be in areas where bucks feel secure. Hunting staging areas near bedding cover can be productive—particularly in traditional scraping areas or along a well-defined rub line.

WEEK 4: Put It All Together

If you haven’t tagged out by now, don’t despair. The best week of the month is upon us. The strict bed-to-feed pattern is still in play, but not in the same way as before. This week is when you can put everything together. By now you should know what food source is the current hotspot. You’ll have encountered active scrape areas. You’ll have figured out where the big boys have relocated in response to hunting pressure. It’s time to get serious.

Morning sits are productive so long as you carefully plan your entrance. Get there early and stay a bit later in the morning when possible. For afternoon sits, hunt those staging areas near prime food sources and near the bedding cover you suspect the big bucks are using.

Trail cameras placed over active scrapes should reveal just about every buck in the neighborhood now. Use that information to your advantage. The pre-rut period is really ramping up, and you’re looking at the ideal window of opportunity: Deer are still on a pattern more or less, and peak breeding is still a few days off. The early season is winding down. If you’ve made a plan and stuck to it, it was one of the best you’ve ever had.