Three unlucky bearhunters discover that an angry cat can be just as dangerous as the big bruinsthey pursue Shawn Loudermilk... 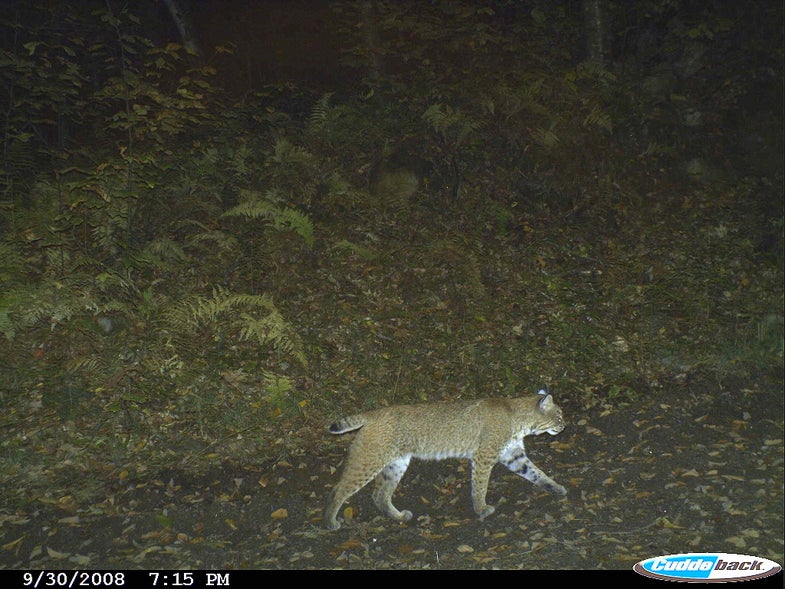 Shawn Loudermilk was sitting in his truck last December, chatting through open windows with fellow Virginia bear hunters Larry Burke and Steven Nelson, who were parked alongside him, when a bobcat suddenly appeared on the road. Without warning, the cat sprang atop Loudermilk’s truck and snarled. Then it leapt through Burke’s open window with fangs chomping and claws slashing.

Watching from his now tightly buttoned up vehicle, Loudermilk saw Burke first push the cat against the rear window and then against Nelson. “I think he hit Steven as much as he hit the cat,” Loudermilk recalls, chuckling.

Burke hurled the animal out of the truck twice, but the persistent cat kept coming back. Nelson finally fled the truck but wiped out on the snow as the cat chased him. He turned and tried to kick the furred fury, but the bobcat bit him on the leg before Burke was able to pin the beast. At that point, Loudermilk got out of his truck and offered assistance, allowing Burke to get up from the ground. Observing hunter Mike Strickler then finished the cat with a pistol shot.

Burke suffered scratches on his face and bites to both his head and arm from the nearly 32-pound cat. Both he and Nelson underwent a series of rabies vaccinations.