Natural presentation and preparation are the keys to opening day ducks and geese. 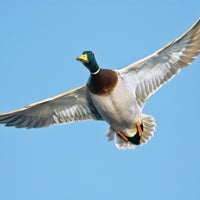 When waterfowl seasons open, whether that’s a September 1 resident season or the regular opener, uneducated birds present a small window of opportunity for fantastic shooting. But by no means does “uneducated” mean that they’re dumb.

Early-season ducks and geese focus on specific arrangements of birds and decoys on the ground when deciding whether to drop in. Likewise, the number of decoys, as well as your calling, blind and setup, can make or break a hunt. To get it all right, you have to do some background work.

Scouting
You can hit the same spots time and again and hope the birds come by. But if you’re looking to fill straps and experience sore shoulders, you have to get off your butt and start glassing at critical times.

“Scouting is the most important thing you can do. Just because a spot looks ducky doesn’t mean it’s going to hold ducks,” says John Vaca, the national pro staff manager for Final Approach. “You need to get out and watch the birds–study which species are out there, how long they’re there and where exactly they’re coming in from and landing, as well as wind direction and other weather details. It’s absolutely key during the early season.”

Reality Check
How you arrange decoys can either entice far-off flocks to take a closer look and finally commit to landing or send up a red flag and cause them to just keep moving.

Keep It Small
During the early season, birds don’t typically travel in massive flocks, as they do later in the year. While scouting will tell you exactly how many live birds are on the ground, as a general rule you can count on laying out approximately two to four dozen decoys in molds of species you note during scouting.

Family Groups
Early on, waterfowl move and feed in family units. Place decoys in groups of three to five within the greater scheme of your setup.

Landing Holes
Putting out a perfect spread of full-body decoys won’t do a bit of good if you don’t give live birds a place to land. The finishing area should be dictated by the number of birds within landing flocks. The more birds, the bigger the hole you’ll need for them in your spread.

Calling Keep it simple and natural. Basic clucks and moans for geese and two-to-nine quack sequences and a feed chatter for ducks should suffice in most instances.