How to Hunt for Deer Antler Sheds

Get the facts about sheds, and learn how to find your own. 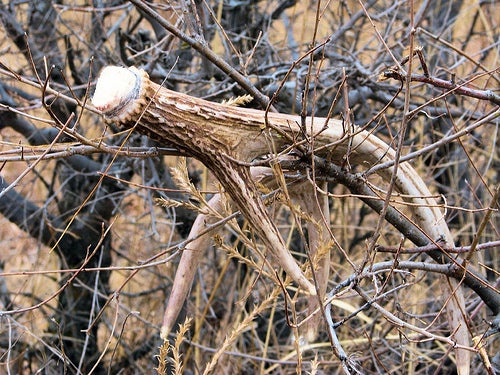 Why do bucks spend so much time growing antlers over the summer only to shed them five or six months later? “Scientists have pondered that question for years, and we still don’t know,” says whitetail biologist Dr. Mick Hellickson. He points, however, to a couple of solid theories.

Some scientists believe bucks shed annually so they can replace damaged antlers. If a buck had to live his entire life with snapped tines or a broken beam, he couldn’t fight his rivals or posture for does. A second theory suggests that bucks shed and grow new racks (which get anywhere from 10 to 30 inches bigger each year) to keep pace with their increasing weight and girth as they mature.

Here are some interesting shed facts, along with tips to help you find more antlers.

—After the rut, decreasing testosterone levels cause an “abscission layer” to form between the antlers and their pedicels. As the connective tissue dissolves, the bucks’ antlers become loose and fall off.

—Bucks drop their racks from late December in the North through March and April in the South.

—If your area has an early rut, bucks’ testosterone levels will decrease earlier and, as a result, some deer will cast their racks two to four weeks earlier than usual. A severe winter with a lot of snow can also cause stressed deer to shed earlier.

—It was once believed that bucks withdrew to a secluded place to shed their antlers—away from does and rival bucks—thus avoiding a public loss of virility. Today’s top biologists nix that idea, saying deer are probably unaware of when and where they’ll lose their headgear.

—Most older bucks shed antlers earlier than younger bucks do.

—According to Hellickson, the specific time a buck will shed his antlers might be determined heavily by his individual antler cycle. This is independent of other bucks’ cycles and is probably centered on birth date.

HOW TO FIND MORE SHEDS

—Don’t hunt too early. If you bump a one-antlered monster, it’s not likely you’ll find both sheds in that area.

—Glass winter-feeding areas where deer congregate (e.g., corn, soybean and hay lots) every few days until you see few, if any, bucks with antlers. Then start looking.

—Another option is to hang digital trail cameras around feeding areas, or even near bait piles, if they are legal in your area. Once the bucks in your images go antlerless, start hunting hard.

—Check trails that enter and exit a feed field. Bucks often walk only 100 to 300 yards and then lie down out of the wind on the first east- or south-facing hillside. You might find sheds on or just off a trail or along the bedding slope.

—Rainy days are great—sheds shine and catch your eye. Bones can be tough to spot in brown grass lit with sunlight.

—The biggest mistake people make is to wander around, looking too far out front and all over. Mark off small grids of land, walk slowly over each and look straight down at the ground for sheds.

—Wear soft-soled boots. Iowa shed expert Don Kisky stepped on a stick one April day—or so he thought. He dug through the leaves and uncovered a five-point, 75-inch shed. With the other antler and an 18-inch spread, that giant would have easily pushed 170 inches.

WHY SHEDS CAN HELP IMPROVE YOUR HUNTING SEASON

Kansas hunter Joey Rott wrote to me at my Big Buck Zone blog and told me about matching sheds he’d found one day last spring after just 15 minutes of searching—they scored almost 200 points!

Rott had glassed hard and smart and he’d stayed out of the woods until just the right time. Even more, his dad found the same buck’s sheds from the previous year in the same area, on the same day. Obviously, Rott has found the monster’s core area and now has a hot spot to bowhunt next season. 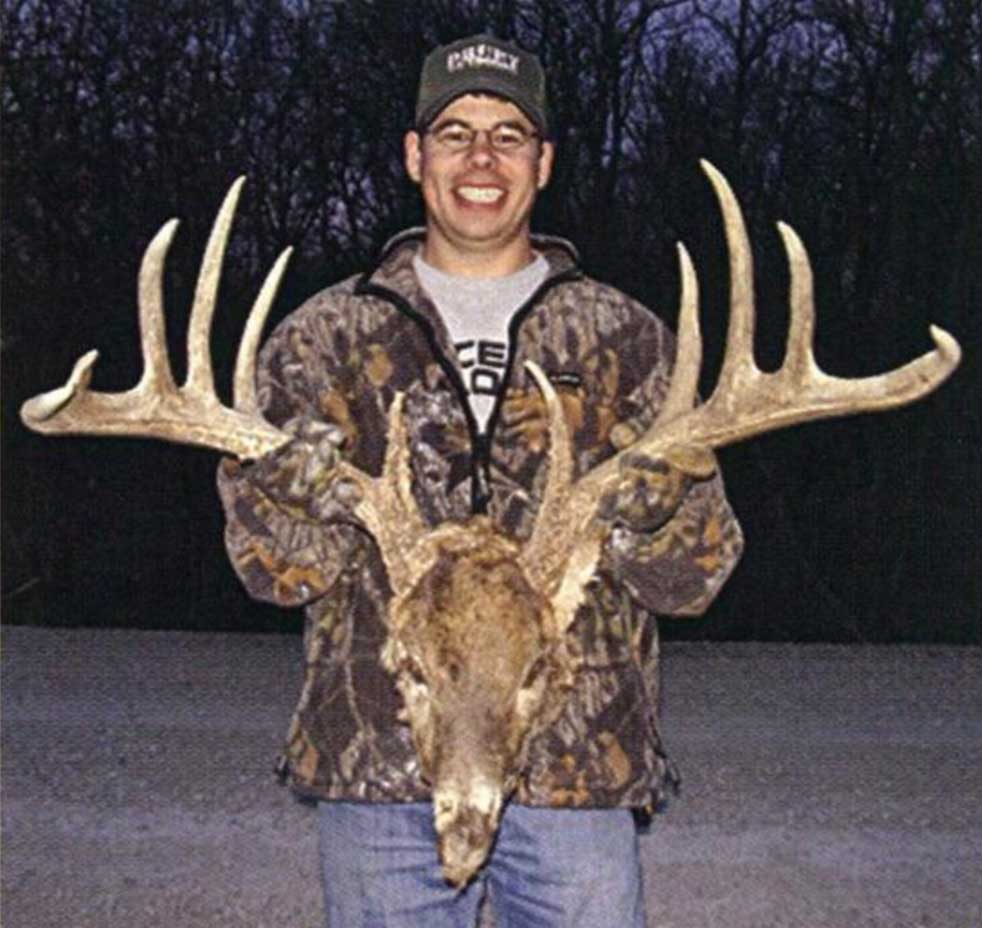 Find of the Decade

Outdoor video producers Mark and Terry Drury and a group of friends were hunting an Iowa farm last March when one of the guys stepped on Heart Attack, a legendary buck that had roamed the area for years. Several hunters had had heart-stopping encounters with the monster, but nobody could get him. In his last years, Heart Attack lived in a core area of about 200 acres and moved exclusively at night during hunting season. Each spring, shed hunters find many decomposing deer that either were lost by hunters, were hit by cars or died of natural causes. But this was the find of the decade. Heart Attack’s 10-point rack was almost 30 inches wide and gross-scored 199.
Hunting Management
shed hunting